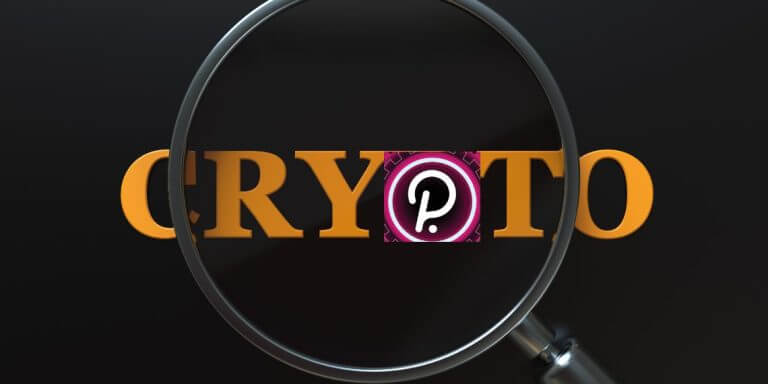 The Ethereum Merge has electrified the crypto world. The crypto community has seen a number of adjustments, and prominent members of the industry have offered their thoughts on the Merge. The Polkadot community took the lead in celebrating the Merge that would benefit them the most.

Polkadot Co-Founder Robert Habermeier has spoken on Ethereum’s momentous upgrade and its implications for the cryptocurrency industry. Furthermore, Habermeier elucidates why he sees Polkadot as an “ETH collaborator.”

As reported by Cryptopolitan, Ethereum has finally completed its switch to proof-of-stake. This long-awaited process, better known as “The Merge,” has been in the works for years. According to the Ethereum Foundation, the transition lowers Ethereum’s energy use by 99.95 per cent.

Among the many crypto enthusiasts, critics, and heads of various DeFi protocols which have spoken out on the Merge include Polkadot Co-Founder Robert Habermeier. He was interviewed shortly after the merger and had this to say on the most important day in cryptocurrency history in 2022.

For a long time, Polkadot has been called the ‘Ethereum Killer.’ The recent Ethereum transition begs the question, what will change moving forward after ETH moved from PoW to PoS? Robert Habermeier sees this as being beneficial for their blockchain because its “roots” are in the ethereum space.

One of Polkadot’s co-founders, Adam Wood, is also a co-founder of Ethereum. He is an ex-CTO and was responsible for coding the early stages of Ethereum. The Polkadot leadership team and community are happy to see Ethereum transition from PoW to PoS.

We are super happy to see Ethereum transition to Proof-of-Stake. I think it is a great step forward for the whole ecosystem. From Polkadot’s perspective, I mean, we are happy to welcome them to the Proof-of-Stake club. We have been running Proof-of-Stake for about two years now.

Polkadot has thousands of nodes working to decentralize the financial system as they move ahead with their road map. However, there is a difference between the PoS nodes used by Polkadot and those used by Ethereum. The blockchain uses Nominated Proof-of-Stake, which is different from traditional proof-of-stake systems in that it allows for multiple validators per node.

In addition, the primary difference is that Ethereum has fixed Ether staking amounts for every account interested in the stake. So, validators will operate multiple staker accounts. Not only can they delegate this through pools and smart contracts, but they can also move the integration layer for the staking market up to the application layer.

Has Polkadot been invalidated as the “Ethereum Killer”

When asked about the differences between Polkadot’s Proof of Stake and Ethereum’s Casper consensus mechanism, Robert said there isn’t much difference. For a long time, critics have charged the blockchain with promoting validators with greater economic strength over those without.

Staking problems like these have not just been isolated to Polkadot but Ethereum’s Lido Staking as well. The proof-of-stake community has been asked to participate more to prevent the same people from always validating transactions. Sandeep Nailwal, the co-founder of Polygon, said that Polkadot had been neutralized and invalidated as an “Ethereum Killer” soon after the merger was completed. To these words, Robert says they have never considered themselves to be “Ethereum killers,” but rather as “Ethereum Collaborators.”

The crypto world is still new, and those who are smartest have learnt that experimenting is better than standardizing. The Polkadot community shares these sentiments. Ethereum still has a long way to go to achieve Layer 2 calling.

Ethereum aims to be the leading global computer and integrate with other Layer 2 applications. Could this give Ethereum a leg up on competing for other Layer 1 applications? Robert Habermeier has a perspective that may be beneficial to cryptocurrency investors. This also provides an in-depth knowledge of crypto critics and those still unfamiliar with the ecosystem’s workings.

The crypto community as a whole has not yet crossed the caussim of mainstream adoption through applications. I think we are seeing financial adoption and, in particular, speculation. I think the next waves of adoption will be driven by the application layers as opposed to the financial layers or the consensus layers […] this Merge represents a big step forward with respect to the consensus layer of the chain and not the application development layer of the chain and there is a lot of room for the crypto space to grow.

The Polkadot ecosystem has significantly impacted the crypto industry as we know it. Its creators want to make it the most popular developer chain in the crypto space. They’re putting their money on purpose-built specialized blockchains. However, these blockchain systems may not be viable alone.

The Ethereum blockchain has an advantage over Polkadot when it comes to creating algorithms and new blockchain tech data. Polkadot plans to improve upon that disadvantage by collaborating with developers in the cryptocurrency space, especially those using Ethereum, Cosmos, Solana, and Avalanche.

To summarize, the team applauds Ethereum’s approach to the Merge, and the results have been outstanding. In addition, the team has made it clear that they are not actively seeking for issues with the Ethereum merge.

They feel that the developers’ team did a good job and isn’t counting on it to fail. In fact, they are anticipating its triumph. The Ethereum Merge serves as a benefit to Polkadot since it helps it connect with Ethereum.