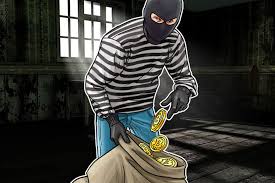 Speculators have aggregated that recent Plustoken scammer activities have caused a serial dip in BTC price.

They made this position as a result of the serial cryptocurrency price dip which dropped long term below foundational support.

However, following Chainalysis published report that claimed Plustoken coin sale has been dragging BTC price, Plustoken scammers moved 789,525 ETH ($101 million) from one address to another on Thursday, Dec. 19.

According to the report, the Plustoken Ponzi scheme is also responsible for declining crypto prices this year as published after blockchain surveillance by Chainalysis.

The Plustoken project was a wallet created by a group of South Korean nationals who told people the wallet would reward users with 6-18% in monthly profits.

After the Ponzi scam cover got blown, around $3 billion in different digital asset had been successfully defrauded from Plustoken users and suspects arrested.

These set of South Korean nationals are said to be playing God in the crypto space pulling strings nobody has ever achieved.

Chainalysis described the Plustoken scam as one of the largest crypto-based Ponzis ever created as BTC dropped below $7k axis.

However, BTC’s fiat value since this scam jumped back above the $7k region and other digital assets followed suit and losses where regained.

Crypto enthusiasts on the other hand and traders are aware that the Plustoken scammers still have 20,000 more BTC to unload and 789,000 ETH.

A social media account tied to the Bishijie.com site explained in a video recorded in Mandarin that they were associated with the Plustoken transactions.

CEO of Sino Global Capital, Matthew Graham, shared the video on Twitter and said Plustoken scammers are trying to cart away their token transactions.

Graham, however, explained the person in the alleged video could be telling lies as they could be an affiliate.
The large sum of ETH has the cryptocurrency community on edge and lots of people are discussing it on Twitter

There is now $100M worth of stolen ETH from PlusToken Ponzi sitting in one ETH wallet. Majority of stolen BTC has already been laundered by using various mixing techniques and through Huobi. Can anything be done if the scammers start swapping ETH on Uniswap?

Larry, do you think the liquidation of the stolen BTC/ETH from the PlusToken scheme has been the reason for the recent plunge in the market? I’m not worried about my crypto holdings as it relates to my long term outlook, but just curious to know the “why” for the short term.

342,000 ether (ETH), $49M, was stolen from a South Korean cryptocurrency exchange @upbitglobal. Centralized entities, especially in the crypto space, will always be subject to hacks, but you should not confuse vulnerability with that of the blockchain.https://t.co/xx2AqMNglZ