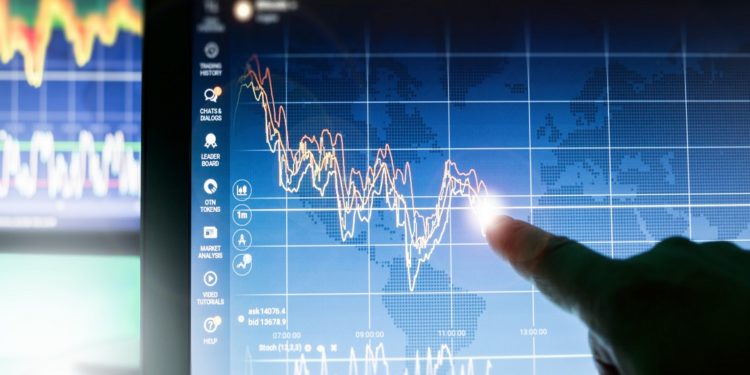 Just to remind you of The Chart of Truth – 10 year yields still heading for sub-zero. pic.twitter.com/7WMaPzbrCg

Central banks of numerous countries are in a similar dilemma. Technically, banks are being paid by the central banks to borrow money – a catch 22 situation where money flows freely along with high risk. Market veterans are warning that as yields approach zero and even negative territory, fiat currencies face dire consequences. As a result, Bitcoin and crypto are going to be the clear winners here.

Negative treasury yields to make the switch to Bitcoin inevitable

Raoul Pal, the famed ex-executive of Goldman Sachs, said that treasury bond yields could soon plunge to negative territory. He explains the conundrum through a chart that shows 10-year Treasury yields reaching almost zero levels in the next few years. In fact, bonds across the spectrum are in decline following a descending channel for the last few years.

$17 trillion dollars are currently held in negative interest bonds. 17 trillion reasons why you should own bitcoin.

If achieved, negative bond yields would mark a milestone event in the financial history of the world. There has never been a high maturity treasury yielding negative returns ever in US history. Such an event would mark a dramatic shift in the way financial experts view the macro-economic data—no wonder the case for Bitcoin is getting stronger than ever.

Bonds and fiat currency are on a decline

Cameron Winklevoss has also expressed his opinions on the trend of bond negative treasury yields tilting towards the negative territory. He further added that negative interest rates are going to further amplify inequality. To give more weightage to his views, he employs the Cantillion effect that shows how more money printing can lead to significantly increase liquidity.

The only logical solution for most people would be to hold wealth in Bitcoin. Considering its stable credentials in today’s economic environment, BTC is likely to find favor with more investors in the near future.

Another Wall Street veteran, Paul Tudor Jones, echoes similar sentiments about negative treasury yields. He believes that Bitcoin is likely to achieve the ‘Holy Grail’ status in the face of crumbling economies. With paper currency in free fall, Bitcoin provides a good alternative to store wealth.