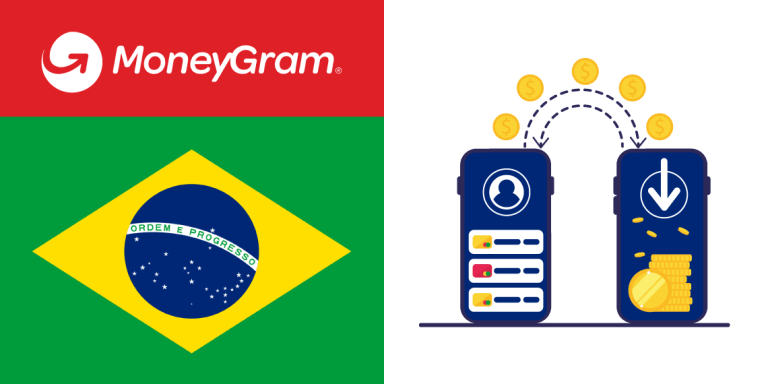 MoneyGram, a top innovator in digital person-to-person payments, announced the launch of MoneyGram Online (“MGO”) in Brazil through a press release. With this, Brazilian consumers have access to this leading website and can instantly transmit funds anywhere across the globe.

Furthermore, recipients are given multiple options such as account deposit, mobile wallet, or cash pick up at retail locations; all while enjoying zero transaction fees.

Upon the announcement, the XRP community responded excitedly as MoneyGram’s new platform was enabled through Frente Corretora – one of Ripple’s long-term partners in Brazil.

Although no mention of Ripple was made in the announcement, it appears that MoneyGram and San Francisco’s fintech have a complex relationship.

According to the press release, recipients can now access these funds through various options in the platform, and no transaction fees apply.

Alex Holmes, Chairman, and CEO of MoneyGram, proudly declared the launch of their website in Brazil.

“We are very excited to continue progressing our strategy for expanding MoneyGram Online into new regions – with this latest initiative being a fantastic mile marker on that journey.”

Holmes further added: “MoneyGram has a remarkable chance to seize the lion’s share in this market, which is one of the most populous countries on Earth.”

Is the Collaboration Between Ripple and MoneyGram Making a Comeback?

MoneyGram highlighted that this service resulted from their collaboration with Frente Corretora, a Brazilian fintech company.

Furthermore, the firm harbors ambitions to become Brazil’s version of Transferwise and does so by leveraging Ripple’s tech for low-cost money transfers, as reported in June 2019 by Crowdfund Insider. The broker unveiled the “Simple” service along with its partner Ripple in May.

When the joint venture began, its primary objective was to make money transfers rapid and effortless while bypassing fees regularly imposed by banks. To further this goal, Front Exchange partners are projected to become exchange fintechs through the white label tool (Frente Corretora de Câmbio).

Despite MoneyGram’s press release not explicitly mentioning the role of Ripple’s technology, many are speculating that it plays a part. Unfortunately, there is no real evidence presented in the announcement to validate this claim or suggest XRP will be used.

Considering the past partnership between Ripple and MoneyGram, this announcement is noteworthy. The two companies partnered in 2019, leading up to Ripple’s acquisition of a $30 million stake in MoneyGram and allowing it to use XRP-based On-Demand Liquidity (ODL) service for global transactions.

Unfortunately, the partnership between U.S. fintech company Ripple and MoneyGram was abruptly terminated in March 2021 after the Securities and Exchange Commission sued Ripple for violating securities laws back in December 2020.

Despite this setback, CEO Brad Garlinghouse expressed his confidence that both parties will be able to establish new partnerships soon enough.