Mexican authorities denounce crypto, says it is no legal tender Mexican authorities have announced that cryptocurrencies are not legal tender in the country. They also warned financial institutions not to consider adopting crypto, noting that they risk facing sanctions if they do.

Mexico Central Bank and finance ministry announced on Monday in what appears to be a response to Mexican billionaire Ricardo Salinas Pliego.

Mexican authorities against crypto since 2018

The hostility Mexican authorities have for crypto has been evident since 2018 when a law was passed that crypto would never be considered a legal tender.

At a news conference, Mexico Finance minister Arturo Herrera said that regulations prohibit crypto use in the financial system and that regulation would not change anytime soon Reuters report.

The Monday announcement by the regulators is a reiteration of the existing law.

“The financial authorities reiterate their warnings … on the risks inherent in the use of so-called ‘virtual assets’ as a means of exchange, as a store of value or as another form of investment,” the new statement read.

While reacting to a Michael Saylor post, the billionaire announced that his bank would soon support Bitcoin.

He also described fiat currencies as ‘fraud’, noting he would hold the only Bitcoin for the next 30 years if he had to choose.

Pliego argued that nations’ local currencies, like Venezuela, Argentina, and Zimbabwe, have lost even more value than the US dollar.

Behind his plan to invest in Bitcoin, the Mexico billionaire pointed at the limited supply of the cryptocurrency as its most crucial merit describing it as his primary reason to hold on to Bitcoin for 30 years. 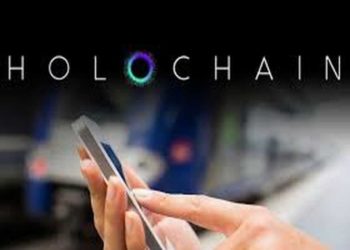