Metaverse open standards: Microsoft, Meta, and others link to launch a forum 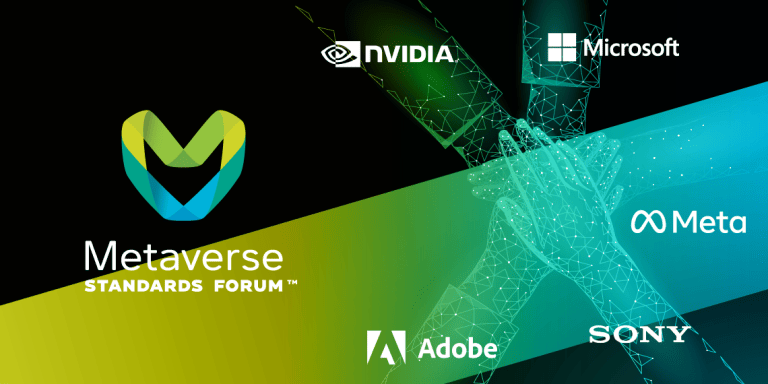 According to reports, the Forum will concentrate on practical, action-based projects. In addition, they will support shared standards, such as hackathons and prototype tools. The forum looks to define the terminology in a field where participants differ on the definition of the term “metaverse.”

Along with the businesses mentioned above, the World Wide Web Consortium (W3C), Nvidia, Qualcomm, Sony Interactive Entertainment, and Unity are among the group’s founding members. Others include Neal Stephenson’s co-founded blockchain payments business, Lamina1.

Who are the big-name absentees in the forum?

A few well-known names are absent. For example, there is no sign of Apple, which experts believe to be developing VR and AR technology, as Protocol’s Nick Statt notes.

The absence of Niantic and Roblox, two companies that pioneered the fusion of video games and virtual worlds, is also notable. Nevertheless, the group expects holding its first meetings in 2022 will make more people join after it gets going.

Analysts say that the promise of the metaverse will reach its full potential on the foundation of open standards. However, it will take a collection of open integration to create an open and welcoming it on a widespread scale.

Virtual worlds, VR, and AR all fall under the umbrella of the metaverse. There are existing standards organizations in place for several of its subfields, some of which have joined the new Forum.

Open standards do not guarantee businesses will build the metaverse as an interconnected environment similar to the World Wide Web. For example, Epic defines its game Fortnite as a self-contained metaverse. Open standards can make it simpler for developers to create the same content for several platforms or consumers to export data from one service to another.

The forum hints at a desire to establish metaverse development as a single discipline. It also signals which businesses are most motivated to develop widely embraced standards.

Not Just Another Organization for Standards

Experts refer to the new group as a discussion forum that sits on top of organizations’ standards. Existing organizations like Khronos will continue to handle the actual standards development.

The new forum is available to everyone, and no entry fee, NDA, or IP framework is necessary for participation. The MSF wants to assist in resolving the metaverse business’s interoperability dilemma, even though it is not a standards body.

Metaverse and its development

The metaverse is a growing industry in the present generation, with many businesses dipping their toes. Microsoft has its perspective on the space and is still working on its development.

However, there have been none of the Microsoft releases yet. The company is working on it and considering selling it and producing robots.

Others are also getting into the metaverse frenzy, and there are reports that Sony will have its spin on the online space that the public can use. There are various viewpoints regarding Sony’s PlayStation’s online open world, and the PSVR 2 will soon be a step in that world’s development.

Companies like Meta and Niantic are not the only ones dedicated to expanding the metaverse. Various IT companies and industry figures are joining the forum to assist and unify the various creators and developers who are entering the new digital world. The forum serves as a conduit for connecting users to various offers in the metaverse, which experts think will be the internet’s future and where users will soon spend time.