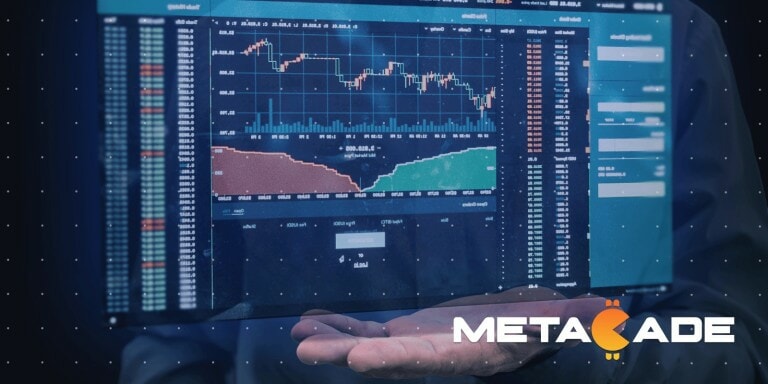 Dogecoin is up there as one of the most recognisable cryptocurrencies of all time, up there with the likes of Bitcoin and Ethereum. Despite its acclaim among some retail investors, others have pointed out that DOGE seems to be built on a precarious house of cards on the verge of tumbling down.

Today, this article will discuss the differences between Dogecoin and a new play-to-earn token known as MCADE before determining which one you should consider the best long-term investment.

What is Dogecoin (DOGE)?

Dogecoin is the original meme coin, founded in 2013 by two software developers that sought to create a joke cryptocurrency. Fast forward eight years and Dogecoin is the eighth most valuable project in the entire crypto market, with a market cap of $12.5 billion in late November 2022 (CoinGecko). A large part of this success can be attributed to Elon Musk, who publicly stated that DOGE was his favourite cryptocurrency and kickstarted an epic bull run taking it from $0.004 all the way to $0.733.

While DOGE has gained some popularity with retail investors, many have noted that Dogecoin has little utility outside of a transaction medium. Unlike almost every other leading crypto project out there, Dogecoin isn’t attempting to do anything unique by innovating and differentiating itself. Instead, it seems resigned to simply being a meme token used to make payments – something already offered by much more advanced projects.

What is Metacade (MCADE)?

Metacade is a community hub that’s positioning itself as the meeting place for all things related to play-to-earn gaming. It’s aiming to be a place where gamers, crypto investors, developers, and entrepreneurs can communicate and connect while having fun exploring the rapidly-growing play-to-earn space.

On the platform, users can discover everything they’ll need to get ahead in play-to-earn, like dedicated forums, live chat, reviews, leaderboards, and the hottest tips and tricks shared by GameFi experts. There are also exclusive tournaments and prize draws where you can test your luck to win some incredible rewards, and opportunities to earn for casually testing games using Metacade’s native testing environment!

Earning on Metacade is done through the project’s native token, MCADE. In fact, users can even earn MCADE tokens by contributing to the community. Sharing reviews, tips, and other valuable content will all earn you rewards for your role in making Metacade the ultimate destination for play-to-earn in Web3.

Metacade also offers funding to developers who want to build the games the community wants to play through Metagrants. To win a Metagrant, developers must go up against dozens of competing ideas and earn the most votes from Metacade members. The winner is given financing to get their vision off the ground, with the finished title added to Metacade’s virtual arcade for anyone to play and enjoy.

Dogecoin (DOGE) Started as a Joke

Dogecoin was created to poke fun at Bitcoin as a sarcastic comment about the wild west nature of crypto at the time. Even as recently as 2021, its co-founder Billy Markus has stated, “the idea of Dogecoin being worth 8 cents … doesn’t make sense. It’s super absurd. The coin design was absurd.”

On the other hand, Metacade is anything but a joke. The project’s whitepaper states Metacade’s intention to “create an arcade built by gamers, for gamers” and that “the goal of Metacade is to become a self-sustaining, revenue-generating community.” These are two things impossible to achieve if Metacade wasn’t a serious project.

Metacade (MCADE) Has a Fixed Supply

One of the core issues many cite as a reason to stay away from DOGE is that it has an unlimited coin supply. Right now, there is around 137 billion DOGE in circulation. Each year, about 5.26 billion DOGE gets added to the supply from block rewards. That means that DOGE holders constantly see their tokens’ value diluted.

Metacade has a fixed supply of 2 billion MCADE tokens, 70% of which is available to purchase in presale. All else being equal, when demand for MCADE picks up, its price is expected to appreciate, given its fixed supply. Its value isn’t being eroded by inflation, unlike DOGE.

DOGE Is Mainly Used for Transactions

As mentioned, Dogecoin doesn’t offer much utility besides being a transaction medium. That would be fine if it weren’t for the hundreds of tokens that can do a much better job at transacting. For example, Dogecoin’s predecessor, Litecoin, performs faster and cheaper transactions (54 transactions per second (TPS) at a cost of ~$0.007 against Dogecoin’s 33 TPS at a cost of $0.13). Others, like Ripple, or Cardano are even faster.

MCADE is a multi-purpose token that already has more utility than DOGE. The coin can be used to enter competitions and prize draws, given as a reward, can be staked, and is necessary to participate in Metacade’s decentralised autonomous organisation (DAO). And just like DOGE, it can even be used as a transaction medium.

If you hadn’t guessed by now, DOGE doesn’t look like a great long-term hold. When you consider that DOGE is a joke cryptocurrency with little utility and an inflationary supply, it’s easy to see why many use the token as a short-term speculative vehicle for taking advantage of greed in the crypto market. Without many fundamental catalysts, DOGE is destined to be driven by social media hype, which is a pretty unsustainable source of value.

Investors in Metacade, however, are in it for the long run. They likely see the potential of a community-based gaming platform that’s aiming to be a leader in one of the fastest-growing sectors in the crypto market: play-to-earn gaming. Combined with a host of excellent features that are likely to attract thousands of players to its platform, Metacade is one to HODL.

Metacade (MCADE) Seems Like a Much Better Long-Term Buy

Unfortunately for some, the long-term outlook for Dogecoin isn’t great. While it might see another pump in the future, investing in DOGE is more like a gamble than a prudent investment. Its price is fueled largely by speculation and hype, not fundamentals, and Dogecoin lacks the features necessary for long-term, sustainable growth. That alone should make any long-term investor look elsewhere for more promising tokens.

In comparison, Metacade seems like a much better investment. It has all of the right ingredients: a solid use case, a fixed-supply token with plenty of utility, a committed development team, valuable features, and a place in one of crypto’s fastest-growing industries. And with the MCADE token still in presale, now is your chance to get in on the ground floor with what could be one of the leaders in play-to-earn gaming. Let the emotional investors deal with the DOGE rollercoaster while the smart money gets involved in the Metacade presale.