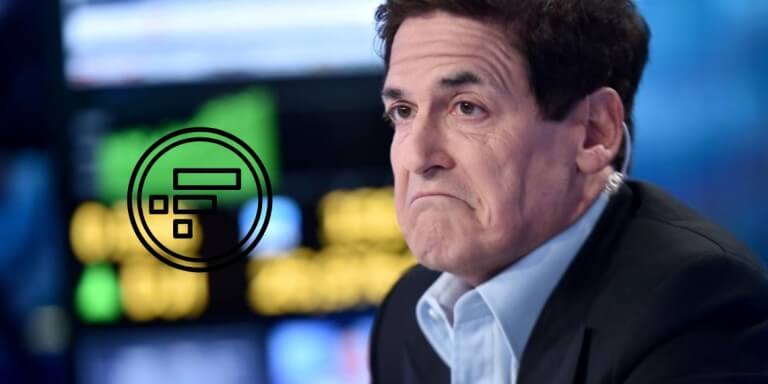 The collapse of the FTX empire will go down in crypto history as one of the worst crypto investments. Investors have begun pointing fingers, and it’s getting uglier. On that same note, Mark Cuban is not happy, and he has made it known. The legendary entrepreneur and TV personality has found who to blame for the FTX demise.

Mark Cuban seems, like most business circles, to have been shocked by the implosion. What’s interesting is that Mark Cuban has exempted crypto from blame. According to him, decentralized finance is not to blame. However, centralized entities should shoulder all the blame. The FTX blowup and bankruptcy will reshape the crypto industry. That much is certain.

On November 11, following three stormy days, FTX filed for Chapter 11 bankruptcy. During that time, the entity witnessed a $32 billion company in February pleading for assistance from its competitors. However, FTX’s financial circumstances were too terrible for a potential rescuer to attempt a rescue. The largest cryptocurrency exchange and a major rival of FTX, Binance, tried but ultimately gave up.

In addition to the extreme price fluctuations, there are indications that FTX’s downfall will echo for a long time. According to the Financial Times, Changpeng Zhao, the CEO of Binance, has warned that the cryptocurrency industry could face a similar reckoning to the 2008 financial crisis. CZ deemed this an “accurate analogy” and said, With FTX’s demise, we will see cascade effects.

These blowups have not been crypto blowups, they have been banking blow-ups. Lending to the wrong entity, misevaluations of collateral,  arrogant arbs, followed by depositor runs. See Long Term Capital, Savings & Loan, and Sub-Prime blowups. All different versions of the same story

FTX leveraged its clients’ crypto assets through the trading arm of its sister company, Alameda Research, to create income through borrowing or market making. In the summer of 2022, the funds borrowed by FTX were used to bail out other crypto institutions.

FTX used the cryptocurrency it was issuing, FTT, as collateral on its balance sheet at the same time. Due to the concentration risk and the volatility of FTT, this represents a significant exposure.

Kevin O’Leary has increased his interest in and support for the rapidly expanding crypto industry during the past year. From his firm stance on bitcoin mining to his enthusiasm for non-fungible tokens, he leaves no stone untouched. O’Leary and FTX announced a long-term investment and spokesperson connection in a press release.

As the market declines, so do O’Leary’s FTX investments. But what remains is that he realized crypto was not the problem but the centralized entities around the industry.

Mark Cuban, who has invested in multiple cryptocurrency-related businesses and initiatives, believes that authorities have failed to perform their duties. He specifically targets the United States Securities and Exchange Commission (SEC).

Where was the SEC?

Mark Cuban is adamant that the SEC has already controlled the cryptocurrency market, in contrast to the majority of crypto investors who believe the industry is unregulated. Unfortunately, the SEC failed to perform its duties. On Twitter, he tweeted the following.

Everyone is saying that crypto is unregulated. Not true. The SEC says that they regulate crypto. Ask Kim Kardashian and the tokens they have sued or settled with […] The question is, given the visibility of the central exchanges, why hasn’t the SEC already knocked on their doors?

The owner of the Dallas Mavericks mentions punishments and fines issued by the SEC on cryptocurrencies or initiatives. According to him, if the SEC punishes Kim Kardashian for advertising scam coins, it is evident that the federal agency governs the industry. Therefore, a portion of the blame for the FTX catastrophe lies with them.

Last month, the SEC charged Kardashian with advertising a fraudulent cryptocurrency on social networks. The reality television personality agreed to pay $1.26 million in fines to settle the probe.

The crypto business is especially distrustful of the regulatory agency, accusing it of hesitating to implement clear regulations on purpose. The government agency favors enforcement-based regulation, which crypto players reject.

FTX is the subject of investigations by the SEC, the Commodity Futures Trading Commission (CFTC), and the Department of Justice (DoJ). Regulators are under pressure from lawmakers.  Elizabeth Warren has demanded “more robust enforcement” of consumer protection legislation.