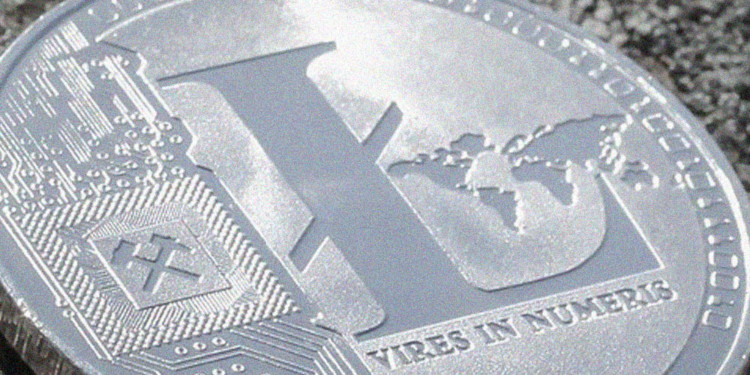 Litecoin price action has been unstable for the past few days owing to the falling hashrate after the most recent Litecoin (LTC) halving. Litecoin price has now broken out of the bearish fall to sixty-seven dollars ($67) range.

However, despite hitting back the seventy dollars ($70) mark so far the price is shaky and there is uncertainty in the market. 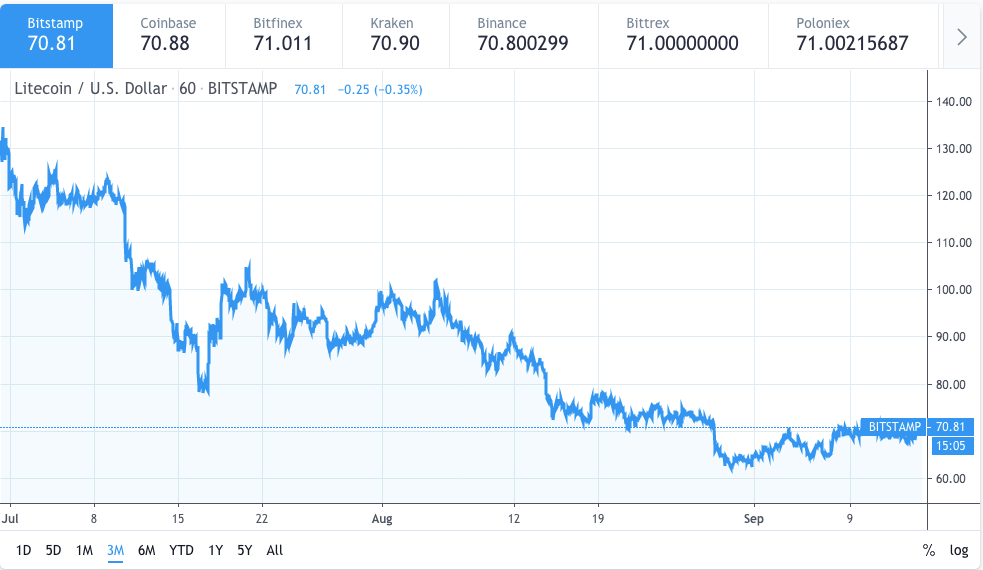 Litecoin price had increased by over five folds after the December bears. The price reached highs in June and has declined since. 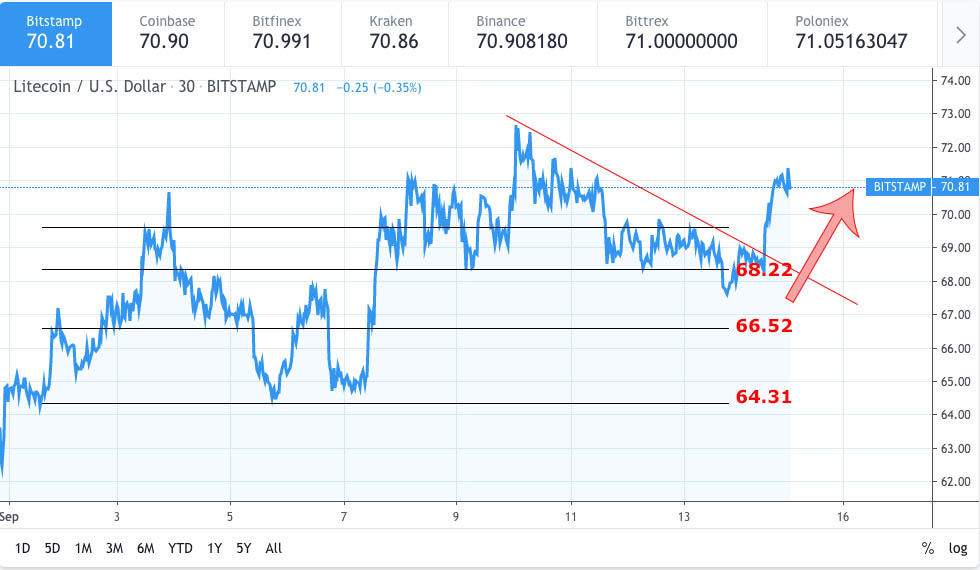 Recently the price has been trading in a sideways consolidation pattern. Nonetheless, the price action is about to reach a trendline, an upward breakthrough may ensure a bullish rally.

However, given the constantly falling hashrate, LTC price action is in a seemingly endless loop of ups and downs, however, for the worst.

If the cryptocurrency fails to sustain the current levels, experts believe that it can fall further down to the January 2019 levels between thirty-five dollars and forty-five dollars ($35-$45) marks.

On the other hand, analysts agree that the price is unlikely to see any further highs anytime soon unless Bitcoin hits a higher mark.