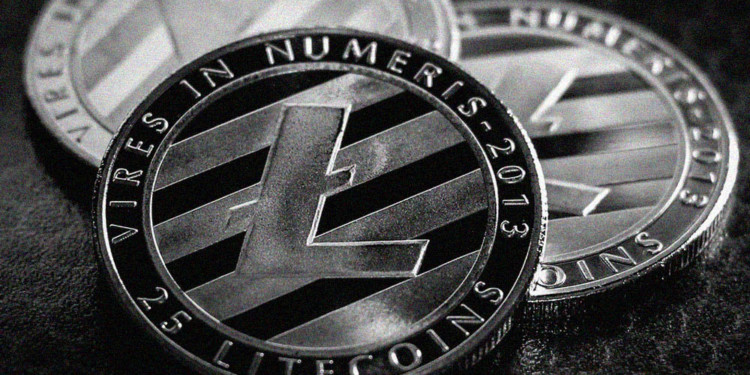 Litecoin LTC price has now recovered to the fifty-four dollars ($54) mark after falling down to the fifty-one ($51.4) dollars mark.

This month, Litecoin (LTC) has failed to soar up above the sixty dollars ($60) mark. The LTC price chart is back to observing a downward momentum towards the fifty dollars ($50) mark.

If the coin drops below the fifty dollars ($50) price mark, the LTC/USD trading pair will have a bearish market trend, with a possible loss of up to twenty percent (20%) of the coin’s value. LTC has mostly been immobile with respect to its opening price for the month.

According to the short-term frame Litecoin LTC price chart, the pattern projects a decline of ten dollars ($10) in the coin’s value, taking it back to the forty dollar price mark ($40).

The daily time frame projects a price drop with thirty-six dollars ($36) as the target, that is if the bulls can not push the price away from the fifty dollars ($50) mark.

The trading pair has started to break out from the lower Bollinger Bands in the above frames, while the weekly time frame depicts the next band’s support region coming in at the thirty-five dollar ($35) mark.

Litecoin LTC price: Up and Down, trends

If the bulls push the price over the sixty-dollar ($60) mark, short-term selling pressure will be relieved. The LTC/USD trading pair will have restricted resistance until it reaches the sixty-six dollar ($66) mark.

The short-term time Litcoin LTC price frame depicts a bearish short-term trend as the coin’s price is below the sixty-dollars ($60) mark. This frame has shown an upcoming support at the forty dollars ($40) price mark.

The daily time frame has shown that the trading price has a possible bearish target level of thirty-six dollars ($36). Litecoin may drop up to twenty-percent (20%) of its value if the fifty dollars ($50) price mark is breached.

Analysis of the time frames has shown levels of thirty-five dollars ($35) to thirty-six dollars ($36) as the expected bearish targets.