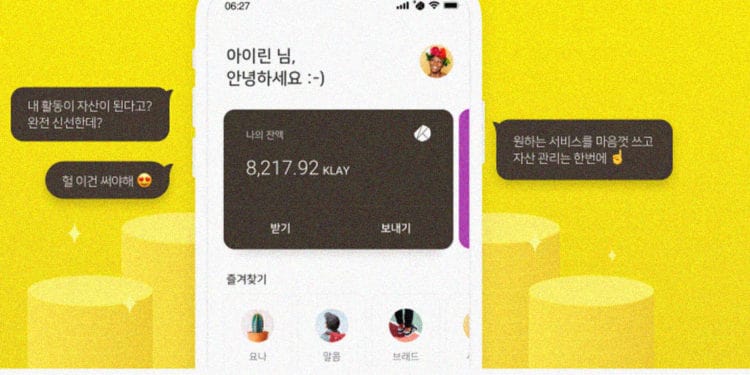 In the latest developments, Kakao digital wallet is now live on the messenger app for mobile users. The Seoul-based leading web service firm has released a one-stop digital wallet service that will enable the users to transfer different sorts of digital money, including cryptocurrency, by using Kakao’s smartphone messenger app.

Kakao blockchain service wing Ground X has released Klip, a digital wallet service via Kakao Talk. The blockchain firm stated that Klip is available for the users and does not need any updating of the smartphone messenger app.

Klip features a high-security level and high processing speed and would be majorly providing services for the cryptocurrency and the Ground X blockchain platform. Whilst Kakao Pay, the digital wallet service enables the users to transfer money conveniently from ban accounts into chat room via a fast and easy process.

Klip enables the users to receive and send virtual money via a simple process only by just touching the display of the smartphone.

Blockchain is the decentralized service that enables the sharing of replicated and synchronized data via digital ledgers that are created by the users of organizations all across the globe. Every virtual ledger works as a tool of verification for the encrypted data that tends to prevent hacking.