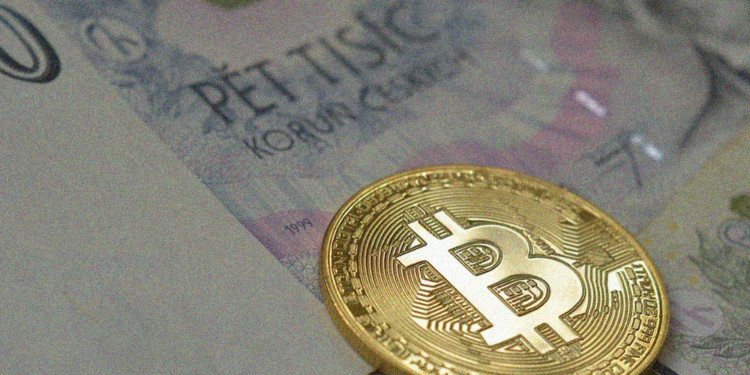 Bitcoin, the king of the cryptocurrency realm move as kings do, Bitcoin price keeps leading the market into new trajectories may that be on the downside or into new highs on the price chart. 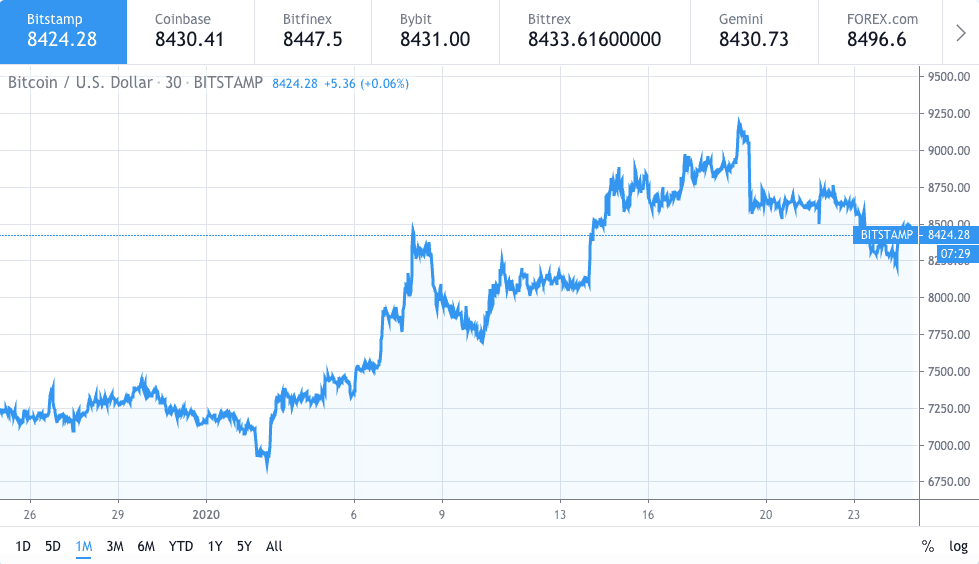 The new year brought new hope for Bitcoin traders and investors as a sharp increase in the first week is evident on the price charts. The first jump took the price up to $8500 mark on the 8th of January from the lows between $7000 and $7250 only to recede into a head and shoulder-ish pattern right after the jump.

In the next few days, the price stabilized above $8000 mark, gaining support for the next jump to $8500 on the 14th and 15th of December. Bitcoin price maintained support above $8500 mark until the 23rd of January when the price fell below the mark once again.

The Bitcoin price bubble that was built up during January 2020 took it up to the $9250 mark on the 19th of January, but as it has been observed time and again the price went into a steep decline.

Bitcoin price movement shows a bearish trend at the time of writing, while the current BTC-USD rate stands at the $8430 mark. The declining situation may just be a slow weekend move since the holiday season is over, and most of the part-time retail investors are moving back to the daily routine.

Bitcoin charts indicate that the cryptocurrency has a tendency to move in head and shoulder patterns time and again, and if such a movement form once again, traders shoulder expect at another dip and rise in the coming two weeks.