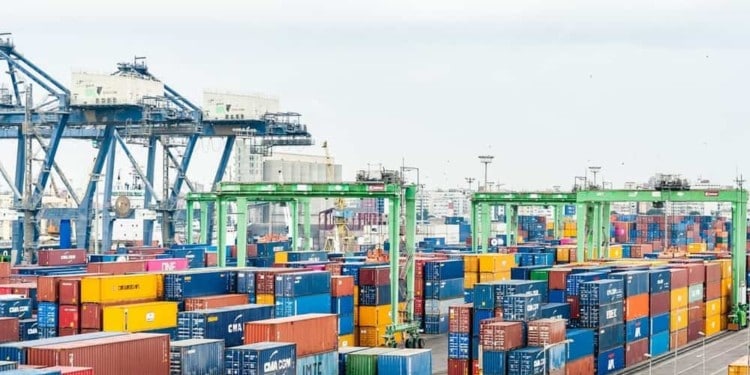 Indonesia has recently announced its intention to leverage blockchain technology by using Maersk and IBM-built TradeLens blockchain solution to ensure that the supply chain model is aligned to meet the needs and demands of today’s customers.

TradeLens blockchain was developed with an intention to serve the ever-growing and complex needs of the container shipping industry and attaining complete transparency and accuracy in the supply chain by leveraging the real power of blockchain. The solution uses Internet-of-Things devices to digitize the otherwise physically-handled aspects of the shipping industry.

Instantly, it caught the attention of several industry giants. Last year in August, Thai customs officials decided to utilize the TradeLens blockchain solutions for the effective use of workflow systems. In May, the world’s leading ocean shippers, Mediterranean Shipping Co (MSC) and the CMA CGM, got onboard the TradeLens blockchain platform in their efforts to minimize tons of time-consuming and tedious paperwork.

On 18th February 2020, Indonesia’s Directorate General of Customs and Excise announced its plan to improvise speed, transparency, and efficiency in international shipping by deploying Maersk and IBM’s TradeLens. The primary emphasis will be on reducing administrative and operating costs and minimizing dependency on manual paper-based work.

Reportedly, the TradeLens platform will offer the Indonesian customs and excise department a tool that can be used to monitor processes efficiently and enhance information sharing among stakeholders. By essentially replacing paper-based tasks, the platform will provide a secure, transparent, and accurate workflow system that boasts of real-time information sharing between end to end-users.

While the first phase of blockchain implementation involved successful and secure storing of data coming from incoming and outgoing container ships, the second phase will include obtaining clearance data from the directorate general’s system and making it available on TradeLens platform for open sharing.

Agus Sudarmadi, who is the agency’s director of information and technology, said in the announcement that transparency is the key to the efficient supply chain. With blockchain, we can store and share information among different parties using a single document, thus negating the need for intermediaries and preventing any foul play, he confirmed.

To offer a perspective, the supply chain industry accounts for twenty-five percent (25%) of the total operating costs in Indonesia, a figure that is at least ten to fifteen percent (10-15%) higher than its neighboring countries. By digitizing the supply chain industry using blockchain, the country stands to boost its production potential by around fifteen percent (15%), which is a substantial figure in an industry driven by extremely thin margins.