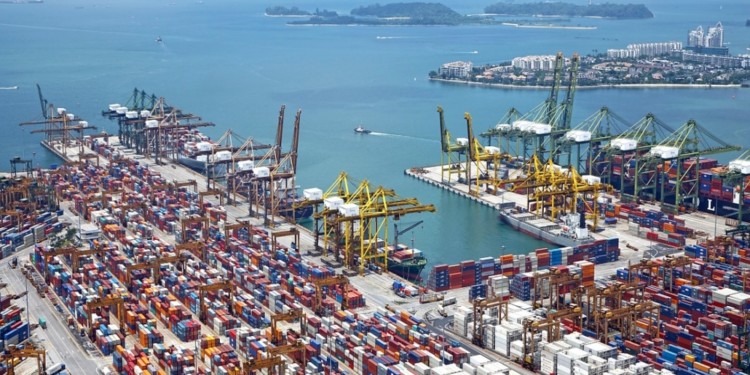 Thai customs officials will now put Maersk and IBM’s TradeLens blockchain solutions to use to bring about a drastic transformation in its shipping industry.

While most governments around the world show a lack of decisiveness when embracing the revolutionary technology of blockchain, Thailand has taken the blockchain adoption to heart. The country has made significant strides in the blockchain space – from setting the stage for several blockchain startups to exploring the potentialities of a distributed ledger technology through Project Inthanon – its central bank’s initiative towards digital currency.

Thus, in its efforts continually look for ways to improve through digitization, the country’s customs department, operating under the Ministry of Finance, has announced on Aug 28 that it is collaborating with IBM and Maersk to implement their jointly developed TradeLens blockchain solution to track shipping at ports.

TradeLens solutions will be first put to the test at the Laem Chabang port in Chon Buri, followed by the Bangkok port, if all goes well.

TradeLens provides blockchain-based solutions for the logistics industry by offering a tamper-proof tracking tool for effective organization of workflow systems. Which means, there is a drastic reduction in paperwork as it represses the requirement of maintaining and storing extensive records on paper, enhanced transparency through the decentralized network and increased cost savings with lesser delays and information leaks, says the Managing Director of IBM Thailand, Patama Chantaruck.

Per Chantaruck, TradeLens reinvigorates the traditional set-up through instant information capture and sharing. As soon as a loaded vessel departs from the port of origin, TradeLens will enable the transfer of shipping data immediately. This would allow the officials to stay prepared with forgery checks and shipment verification much in advance.

For IBM and Maersk, the partnership with Thai customs officials would mean a lot as the enterprise has not been able to garner the anticipated amount of support, mainly because the shipping industry fears their monopoly over the trade operations.

Meanwhile, for Thailand, its maritime and shipping industry is one of the most significant contributors to its economy and with blockchain implementation, it is expected to become bigger and serve as the backbone of the economy.