Bitcoin has taken a dip and the market is taking the toll with it, but well, we can’t complain. Similarly, ICON (ICX) has detailed devaluation since past two days bringing prices to buying pressure zone.

The ICX price fell to zero point three four one six dollars ($0.3416), that was an area of support as well as resistance and established buying pressure here. 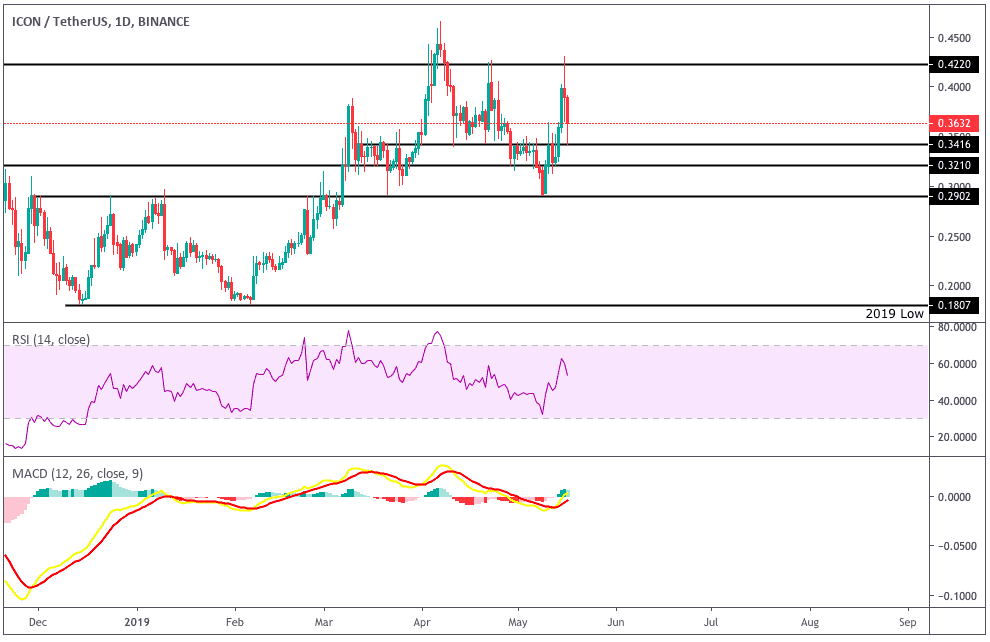 ICON has been heavily devaluing against BTC since last month. But, the price has been performing better this week and has been less affected by the deteriorations for past two days.

Currently, a candle is forming a Dragonfly Doji reproducing the higher level of selling pressure, but the candles have not recorded drops as it did in the case in of ICX.