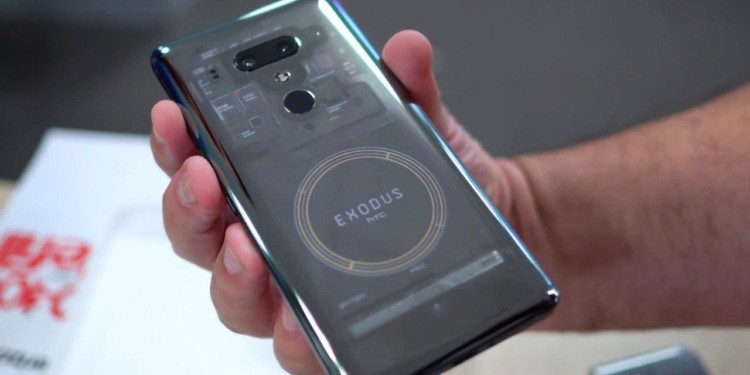 The HTC EXODUS 1 which is another variation of a blockchain-friendly smartphone, next to Samsung Galaxy S10 and all the upcoming mid-tier Samsung phones, will be receiving an update to its blockchain swapping mechanism. The smartphone already has a native cryptocurrency wallet, therefore the feature will simply ensure that two devices will be able to swap cryptos inbetween without any hassle.

The feature was added due to a newly formed partnership between HTC and Kyber Network cryptocurrency exchange. The partnership will ensure the implementation of the liquidity protocol on HTC, similar to the Zion Vault wallet app on the exchange.

To put it simply, the feature will make sure that EXODUS 1 users will be able to swap ERC-20 tokens between devices without having to employ the services of third-party exchanges. According to HTC’s announcement, the crypto swaps will be completely done on-chain and be processed without any additional fees alongside fast and secure systems.

Kyber Network has already announced that they are very forgiving in this partnership as it is the exchange’s main goal to increase the usefulness of the ERC-20 tokens as a means of payment. To be exact, the CEO Loi Luu, said that they also aim to open new venues for ERC-20 tokens that can be used as collateral during lending operations.

As of today, Kyber is able to support multiple applications through its platform. Any type of DApp, which has something to do with wallets, e-commerce, and digital platforms will be able to benefit from the Kyber protocol.

HTC is also polishing its plans of releasing yet another blockchain-friendly smartphone in 2019, due to the fact that EXODUS 1 was able to achieve relative success. Furthermore, the recent crypto bull market will definitely drive the demand even further for blockchain supporting devices. Most traders reluctantly rely on third-party providers.

The EXODUS 1 will be retailed for around $300, which is an acceptable price for a secure crypto repository, as well as a modern smartphone.