How will the Ripple IPO affect the price of XRP? 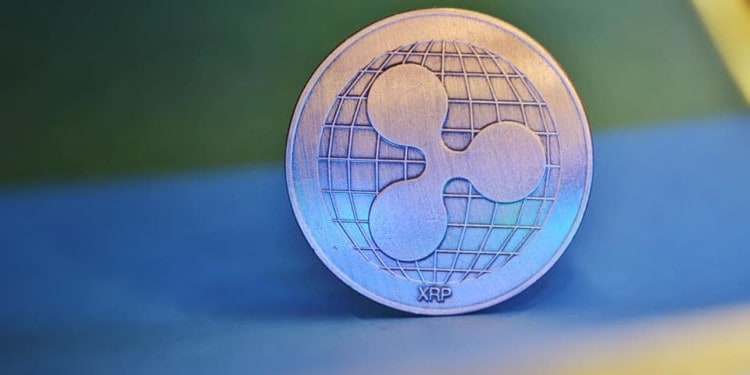 Brad Garlinghouse, Ripple’s CEO, recently announced that an IPO could happen within the next year. Given that XRP prices have been noted, and the momentum behind the event isn’t being given too much attention by commentators, it’s not clear how this event would affect Ripple. So, how will the Ripple IPO affect the price of XRP? Let’s take a look.

According to eToro, the world’s largest social trading platform, “Simply put, Ripple is the company behind XRP. RippleNet and the XRP Ledger were created by RippleLabs, which uses open-source technology to beat Bitcoin in speed, and banks and other financial institutions in fees. Having launched in 2012, Ripple soon exploded onto the crypto scene.”

According to most commentators, XRP will likely fall in light of an IPO. Rakesh Upadhyay, a crypto analyst, said:

Exhibit your NFTs on the Million Dollar Token Page: Home of the Metaverse

How Crypto Trading Bots Work: Everything You Need to Know

Subme partners up with Terra Land for their upcoming 200 IDO allocations for Subme HOLDers!

“Though Ripple is making inroads, it is yet to disrupt the global money transfer system in a major way. Initially, after the IPO, the market participants might be patient but they will soon seek results. When the results don’t come through, it will hurt prices.”

For some, Ripple’s stagnation in spite of so many deals with huge banks and financial institutions around the world, is a pretty clear sign of things to come. Liquidity is still a major issue, which is indicated by Ripple’s plans to selloff XRP. According to recent reports, the selloffs were more prominent in 2019 than any year prior. Furthermore, the announcement of the IPO didn’t move XRP/USD much higher.

“A sharp fall in price will make it difficult for Ripple to raise money. It has been selling tokens, which shows that it is not making enough money to fund its operations. But unlike before, after the IPO, Ripple will also not be able to sell tokens without announcing beforehand. When announced, this will again hurt prices.”

It’s not just Upadhyay who’s concerned about the IPO becoming a constraint for Ripple. Head of Cointelegraph Markets, Allen Scott, believes that the IPO would be a test of XRP buyer’s appetites in a time when they’re already under scrutiny following the XRP sell-offs.

“Many see Ripple selling XRP regularly as a recurring ‘IPO’ already sans shareholder rights,” he said. “So this might actually hurt Ripple — it would put into question not only its operational costs and business model of dumping on the market but more importantly, the existence of XRP,” Scott added.

How will the Ripple IPO affect the price of XRP? Both Scott and Upadhyay seem to believe that it could be seriously detrimental to Ripple’s price. However, there are analysts who disagree with them.

Mati Greenspan, an ex-eToro analyst and Cointelegraph contributor, said that an IPO could potentially allow Ripple to strengthen its position and XRP.

“My feeling is that it would be positive. Additional funding for Ripple would mean less reason to sell off tokens,” he mused.

Michael Arrington, a prominent XRP investor and founder of TechCrunch, told his followers to “disregard FUD” entirely when it came to the IPO.

So where does this leave Ripple?

When it comes to the question “how will the Ripple IPO affect the price of XRP?” there are definitely two schools of thought. Some analysts believe that the IPO will cause XRPs price to drop even lower than it currently is (and it’s been a bad year for the coin), or it will surge. What will actually happen remains to be seen. If you believe that the Ripple IPO will have a positive impact on the XRP price, invest in XRP today on eToro, a leading multi-asset investment platform. Exhibit your NFTs on the Million Dollar Token Page: Home of the Metaverse How Crypto Trading Bots Work: Everything You Need to Know Subme partners up with Terra Land for their upcoming 200 IDO allocations for Subme HOLDers!