Here is USD ROI for top 3 cryptocurrencies and exchange tokens 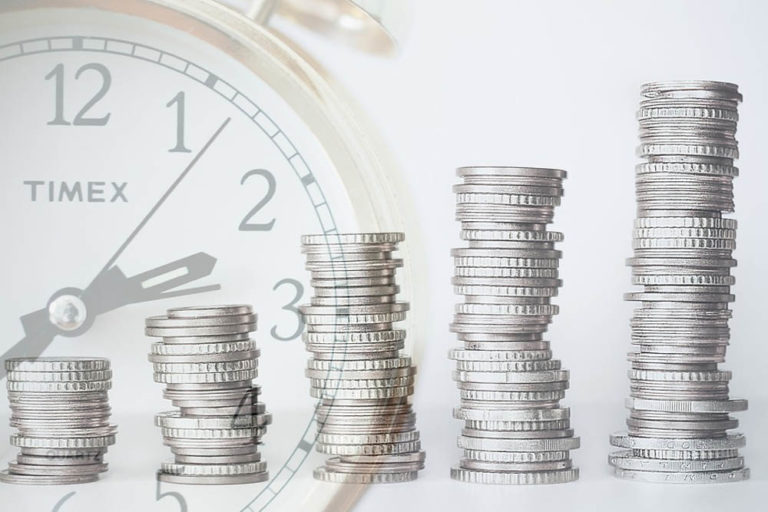 Cryptocurrencies and trading is nothing without the Return on Investment (ROI) figures. If you cannot make money over it, what’s the point of trading, right? Well, ICO Drops has just released the data on the ROI rates for top three cryptocurrencies along with major exchange tokens.

The ICO drop stats came through the Telegram channel, and the King of cryptocurrencies Bitcoin (BTC) is likely to return the highest ROI in three months time, a staggering one hundred and twenty-eight percents (128%). Moreover, according to ICO Drops data, Bitcoin would return twelve percent (12%) in seven day streak, nineteen percent (19%) in two weeks streak and fifteen percent (15%) in a thirty-day streak.

The Queen of cryptocurrencies Ethereum (ETH) on the other hand is the third highest ROI contender on the three-month chart with ninety-four percent (94%) expected ROI. While the Ethereum is also expected to return up to five percent (5%) in seven days, ten percent (10%) in two weeks, and eight percent (8%) in thirty days.

Whereas, Ripple (XRP) is expected to return only a thirty-seven percent (37%) on your dollars in the three month slot. Moreover, the currency is likely to bring eight percent (8%) ROI in seven days, nine percent (9%) ROI in two weeks and a meagre six percent (6%) ROI in thirty-days’ time.

Exchange tokens, on the other hand, are a relatively new area for traders and investors. Therefore, a more cautious approach is not only necessary but also the current norm. 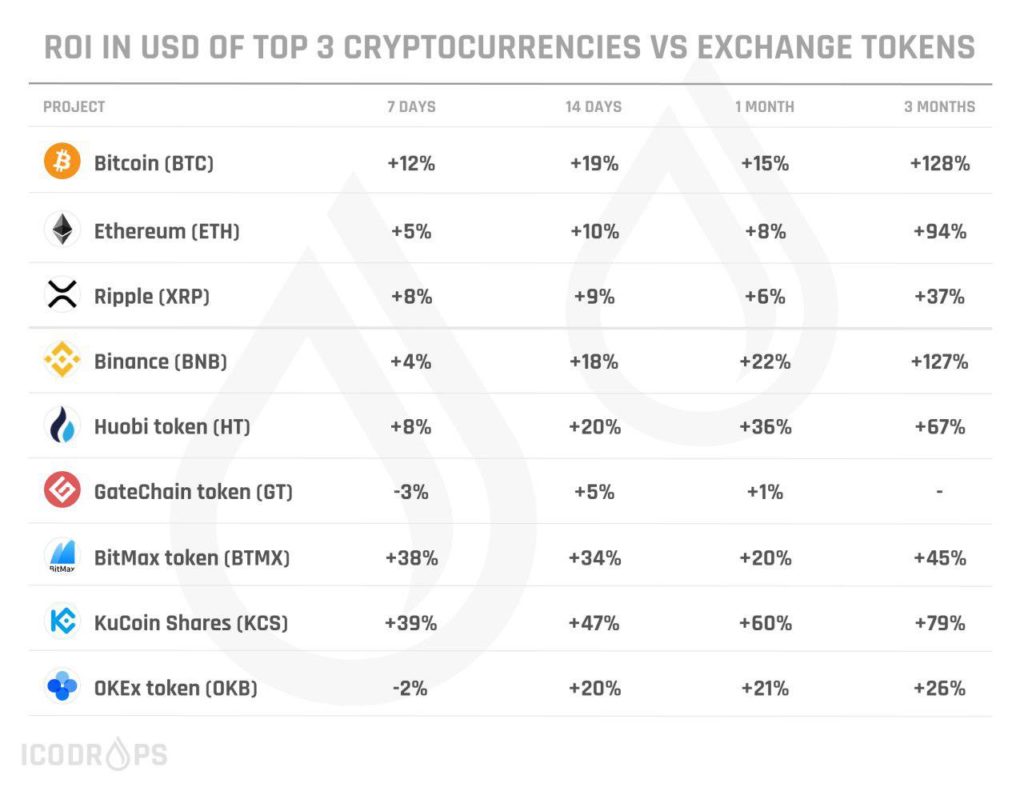 Binance Coin (BNB) is the leading exchange token, which is supposed to bring as high as one-hundred and twenty-seven percent (127%) ROI to the investors in three months’ time. The token is also expected to bring four percent (4%) ROI in seven days, eighteen percent (18%) ROI in two weeks, and twenty-two percent (22%) ROI in thirty days’ time.

KuCoin Shares (KCS) is the second contender on the ICO Drops list expected to return a whopping seventy-nine percent (79%) on investments in three months’ time. Moreover, the token is expected to bring thirty-nine percent (39%) ROI in seven days, forty-seven percent (47%) ROI in two weeks and as high as sixty-percent (60%) returns in thirty days’ time.

Last but the least, Huobi token (HT) is the third leading exchange token with as much as sixty-seven percent (67%) returns expected in three months’ time. Whereas the token can also bring eight percent (8%) returns in seven days, twenty percent (20%) returns in two weeks, and up to thirty-six percent (36%) returns in thirty days.