A popular South Korean video game development firm, Gamevil is set to venture into the cryptocurrency market via the acquisition of Coinone shares. According to an announcement on Monday, the game development company wants to acquire about 13 percent stake (87,474 shares) in the crypto exchange.

Gamevil to invest about $28 million in Coinone

Coinone is one of the leading cryptocurrency exchanges in South Korea. The exchange records the third-largest crypto trading volume in the country. Gamevil will be spending about $28 million (31 billion won) for the 13 percent stake on Coinone. The acquisition is expected to be completed on the 11th of June, according to the announcement.

Among other things, Gamevil gains indirect exposure to the fast-growing Korean crypto market by acquiring stakes in the exchange. Recently, Coinone reported an increase in trading volume, which was dominated by male users.

Although crypto transaction volume in the country had gone up in Q1 of this year, recent data revealed that Koreans have been trading more altcoins than Bitcoin.

“The transaction volume of altcoins went up as bitcoin prices showed less fluctuations. Investors are seeking other opportunities in coins other than Bitcoin, whose price might have become too expensive to buy,” an industry expert said. “Interests in altcoins show the crypto market is still in a bullish atmosphere.”

The development also comes amid the new regulatory environment for the crypto market set by the South Korean authorities. On the 25th of March, the authorities published a series of amendments for the regulation of the crypto market, enforcing anti-money laundering policies on virtual asset services providers in the country. 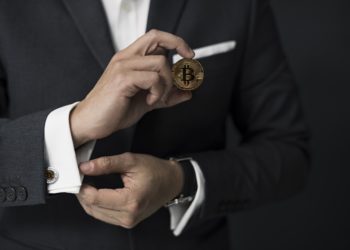