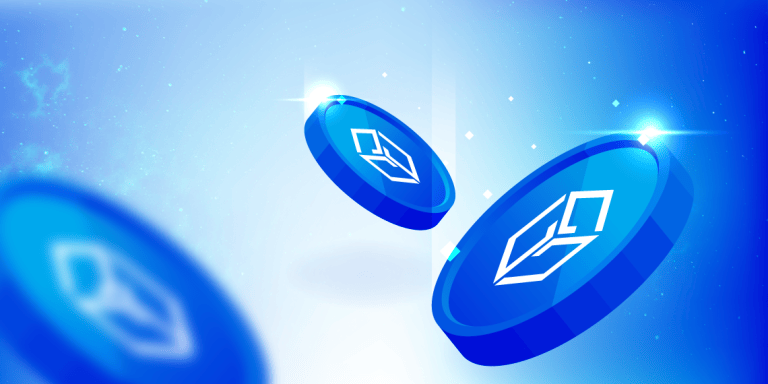 GALA is all set to rally for this month primarily due to the disruptive nature of blockchain gaming. While GALA currently runs on the Binance Smart Chain and Ethereum ecosystems, it has plans to switch to its own blockchain soon. A string of recent partnerships, including that with Epic Games Store, a major non-blockchain gaming company, makes the coming months interesting as we enter December 2022. So, how do we navigate through our Gala Price Prediction 2023 – 2031?

The rise of the blockchain put an end to all the previous play-to-play games and opened the door to play-to-earn (P2E) games for all players worldwide. But with hundreds of play-to-earn games out there, how can we pick up the suitable games to earn more? Simple, learn more about Gala Games. You can’t get wet unless you get into the water.

The success of the Epic Games partnership would mean that GRIT, one of the first Web3 games to be released, will be done through the Epic platform. If one can recall the report from trend-spotting firm Gartner, 20% will spend at least an hour each day shopping, working, playing, or learning in the metaverse by 2026. All these only confirm that Gala Games (GALA) is well-positioned to grow and benefit from that future trend.

Two aspects of this metaverse play could encourage you to include GALA in your portfolio:

Let’s take a look at factors for consideration that can help validate our Gala price predictions.

GALA is the utility token of Gala Games and is the main asset used in the Gala Ecosystem for gaming and buying the in-game assets. The token is an integral part of Gala Games, which users can use in the Gala Games ecosystem by running a Gala Node.

However, to run a node, Gala players will need a license that will allow them to earn rewards and NFT from their home computers. But the catch is that this license costs $13,000 in ETH, BAT, or GALA. Furthermore, the number of nodes that can participate in the process is 50,000.

How does Gala work?

Gala is similar to a Steam store or GOG and involves a variety of games that users can play on the platform. Unlike other stores, which include players paying to play the games, the games here are free-to-play, and users can own all the items in the game. GOG.com is a digital distribution platform with a curated selection of games and a philosophy that is “you buy it, you own it.”

Gala’s approach to blockchain-based gaming is unique compared to the new ‘buying’ in-game items. There are a total of 5 games on the platform:

Most of these games are NFT and Metaverse-themed, where users will have to create something or use NFT to complete the game. Players will also find an NFT store with several in-game assets distributed in these categories: six rarity classes: Common, Uncommon, Rare, Epic, Legendary, and Ancient.

Gala ended 2021 on a high with an announced partnership with Under Armour. This is poised to be a partnership for charitable causes. Two thousand nine hundred seventy-four editions of the Genesis Curry Flow NFT were made available.

Binance partnered with Gala Games and many other metaverse networks to give metaverse tokens worth $400,000 last December 2021.

Gala promised to develop blockchain games that people would want to play. They delivered on that promise by announcing in December that they would partner with legendary Sims designer Will Wright. Gala Games and Gala Labs worked with Wright to create the VOXverse, a home for your favorite collectible “avatars that DeFi!”.

Gala games enable blockchain-gaming-focused projects, allowing users to utilize their NFT characters in gameplay. These features made it easy for GALA to make significant gains after being listed on the Binance exchange.

The GALA price forecast presented by several websites is mainly bullish, and it seems that soon, we will see the average price of the GALA token above $1.

Following a hacking threat, Gala Games has become one of the most talked-about cryptocurrencies in recent days. A wallet address was discovered to have created over $1 billion in GALA tokens overnight on Thursday, according to news reports on Twitter.

Gala Games clarified on Twitter, however, that a white hat attack prevented the initiative from being exploited. Gala Games carried out the attack internally to stop criminals from stealing users’ money.

Gala Games was in the news for releasing one of the biggest blockchain games prior to the hack-scare. A high-octane, tank-on-tank destruction game called Spider Tanks was made public by Gala Games on Monday, October 31.

Spider Tanks is a free play-to-earn game that awards players, victories, and owners with the SILK reward token. The SILK token can be utilized in the game and will be instantly credited to users’ Gala Games wallets.

In October, Gala Games revealed a collaboration with Universal Games and Digital Platforms to introduce an NFT line for Trolls VOX from DreamWorks Animation. 8,888 Trolls VOX, drawn from movie characters, make up the collection.

The project is based on VoxVerse, the NFT-powered metaverse for Gala’s VOX Collectibles, and is the company’s first Ethereum-based endeavor. The partnership was revealed more than a year before Trolls 3 hit theaters.

According to our technical indicators, the current sentiment is Bearish while the Fear & Greed Index is showing 23 (Extreme Fear). GALA recorded 14/30 (47%) green days with 10.71% price volatility over the last 30 days. Based on our technical analysis, it’s now a bad time to buy Gala. Again. Gala is currently trading below the 200-day simple moving average (SMA). The 200-day SMA has been signaling SELL for the last 228 days, since Apr 02, 2022.

The price of Gala is currently below the 50-day SMA and this indicator has been signaling SELL for the last 11 days, since Nov 05, 2022. The Relative Strength Index (RSI) momentum oscillator is a popular indicator that signals whether a cryptocurrency is oversold (below 30) or overbought (above 70). Currently, the RSI value is at 40.94, which indicates that the GALA market is in a neutral position.

Gala hasn’t been able to reach its full price potential, and this is largely due to the recent bearish trend in the market. Again, the fallout of the FTX exchange, saw the coin dip to $0.028, where it is currently trading. Gala is expected to recover as market conditions and crypto regulations are favorable, but it may take a few years. Due to the current volatility in the crypto market, we refrained from making any further price predictions for 2022.

Our Gala price prediction for 2027 is a maximum of $0.25. We can expect the Gala price to be around an average of $0.21 and a low of $0.20 for the same year. The prices are expected to continue increasing and we are bullish on this token. Our predictions remain positive throughout the year.

Our Gala price prediction for 2029 is a maximum of $0.53. We can expect the Gala price to be around an average of $0.46 and a low of $0.45 for the same year. The influx of projects in the Gala ecosystem will likely lead to mass adoption, thus affecting its price positively.

Our Gala price prediction for 2031 is a maximum of $1.10. We can expect the Gala price to be around an average of $0.91 and a low of $0.88 for the same year. Gala is expected to increase steadily, and we predict that 2031 is the year for this cryptocurrency.

Wallet Investor uses a combination of technical analysis and market trends to predict the future price of GALA. According to them, GALA is a bad long-term investment. They expect the coin to be worth $0.00156 in one year. By 2027, they expect Gala to decrease by -98.278%.

Digital Coin Price also predicts that Gala will have a maximum price of $0.20 by 2031. By then, the average and minimum price of the coin is expected to be $0.19.

The crypto space has been projected to hit the mainstream soon. According to popular crypto expert @crypto World, Gala is expected to reach $0.77 by 2025.

Gala attracted many crypto investors due to the project behind it. However, the cryptocurrency hasn’t been able to reach its all-time high yet, and this is because of the volatility of the market. Our Gala price prediction for 2031 is a maximum of $1.10. We can expect the Gala price to be around an average of $0.91 and a low of $0.88 for the same year. Gala is expected to increase steadily, and we predict that 2031 is the year for this cryptocurrency. We expect the coin to do well in the future. Even though we are bullish on this cryptocurrency, we advise that you do your own research before investing in this token.

Is Gala a good investment?

Gala token growth will be rather slow this year before picking up pace in 2023 and years after. By this projection, the Gala coin is a good investment to make in 2022 if you want a long-term investment

When is a new ATH projected for Gala??

In 2031 Gala will soar, setting a new all-time high of $2.41. The growth will see Gala set new support levels at $2.06. Any major developments in the ecosystem before 2031 could see Gala attain a new high earlier.

How much did the Gala price soar during its launching?

During its launching, GALA saw the price of its utility token soar 50,829% -- surpassing other high-profile metaverse projects including Axie Infinity,

What features of its platform allowed Gala to gain significant gains?

Gala games enable blockchain-gaming-focused projects, allowing users to utilize their NFT characters in gameplay. These features made it easy for GALA to make significant gains after being listed on the Binance exchange.