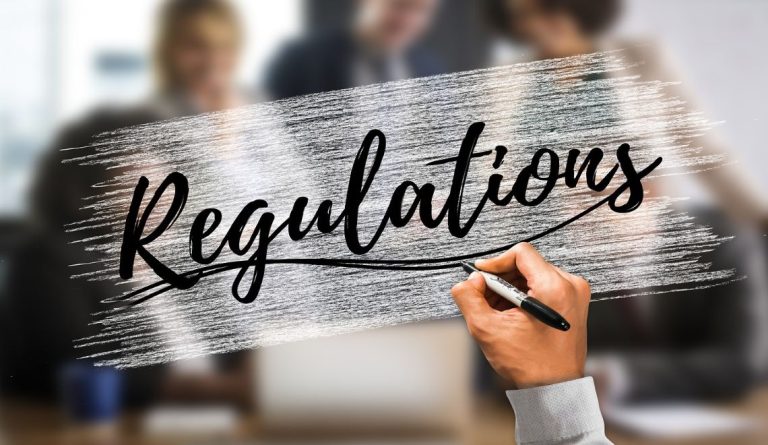 The current cryptocurrency market is in free fall, and financial regulators haven’t ignored it. With the crypto sector taking centre stage, a significant margin has taken down global financial markets. Fears about America’s economic downturn are spilling over into the worldwide economy.

The Financial Stability Board (FSB) has joined tax and money-laundering authorities to call for coordinated international action to regulate the sector, which is currently in flux.

FSB: Financial Stability Board says it could write a crypto rulebook

Today, 11 May 2022, the FSB said it would be in charge of developing global rules for cryptocurrencies. During the annual meeting of the International Swaps and Derivatives Association in Madrid on Wednesday, Klaas Knot drew attention to FSB’s significant role in the cryptocurrency space.

The FSB is well placed to take a leading role in the design of a coherent global regulatory framework for crypto assets.

The FSB, a Swiss Basel, Switzerland-based entity, monitors and develops standards to prevent 2008-style catastrophes such as those involving major international banks labeled “too big to fail,” reports to the G20 group of the world’s leading economies.

The statements suggest that the Dutch central banker responds to a request from jurisdictions such as the European Union for a global framework for the industry, which reflects the same kind of worldwide rules implemented for banks and the financial system in response to the 2008 Global Financial Crisis.

In his remarks, Knot highlighted the present difficulties that the FSB is facing in maintaining financial stability. The most serious of these is Russia’s invasion of Ukraine. They also deal with structural issues caused by digital innovation and climate change.

The Financial Stability Board addresses the present financial stability concerns in two ways. The FSB has increased its monitoring of market developments and placed a premium on the resilience of critical nodes in the global financial system, emphasizing emerging markets.

It also included an in-depth analysis and assessment of several possible risks and a particular concentration on commodity markets, margining, and leverage.

The Financial Stability Board has stated that Russia’s aggression in Ukraine has highlighted the need to address the financial implications of Bitcoin and other digital currencies. According to FSB, the war’s use of technology has amplified pre-existing worries about crypto’s growth and potential illegal usage.

In February, the FSB gave a new analysis of the financial stability risks posed by Bitcoin and other cryptocurrencies to the G20 less than a week before the invasion. The document listed several flaws. The first was how vital components of crypto-asset ecosystems function outside the regulatory perimeter. The decentralization feature makes monitoring and regulating the industry difficult.

Second, the connections between the financial sector and crypto have been broadening. The growth exposes regulated markets to potentially costly spillovers. Third, consumer and investor protection issues get presented by crypto-assets.

During this period, the FSB noted that while crypto-assets are not without flaws, they offer significant potential for positive change. The FSB warns that a loss of confidence in crypto-asset markets may have broad systemic consequences, including impacts on broader financial markets and investors’ assets. Finally, there are worries about cryptocurrency usage in money laundering, ransomware, and cybercrime.

The bottom line of FSB’s verdict is that crypto-asset markets are rapidly developing and might soon pose a risk to global financial stability. The fast development and international character of these markets, as well as the possibility of regulatory gaps, fragmentation, or arbitrage, add to the risk of volatility.

For these reasons, policy work on crypto assets is a priority for the FSB. We are taking forward work on the regulation and supervision of ‘unbacked’ crypto-assets and ‘stablecoins.’ The FSB is also analyzing the financial stability impacts of rapidly developing Decentralised Finance (DeFi). Close collaboration with standard-setting bodies, including the Financial Action Task Force, is key.

At the conclusion of Knot’s address, FSB points out that investors and regulators should keep in mind that today’s crypto-asset markets are not operating in a lawless zone or a barren regulatory environment.

As a result, Knot urges international and national regulatory bodies to consider how effectively current international standards address financial risks associated with crypto-asset markets. The organization says that the examination will serve as a starting point for further study on risks not addressed by these pre-existing regulations.

Because of its vast global and cross-sectoral membership, which includes sectoral standard setters, the FSB is well-positioned to play a significant role in developing a unified global regulatory framework for crypto-assets.

The FSB is one of several regulatory bodies that has recently approached regulations in the crypto industry. The European Union’s financial services commissioner, Mairead McGuinness, called for a “global agreement on crypto” to protect investors, maintain stability, and minimize the environmental impact of bitcoin mining earlier this month, suggesting she may have found support within the European bloc.