Finally, Bonnie and Clyde are under investigation. 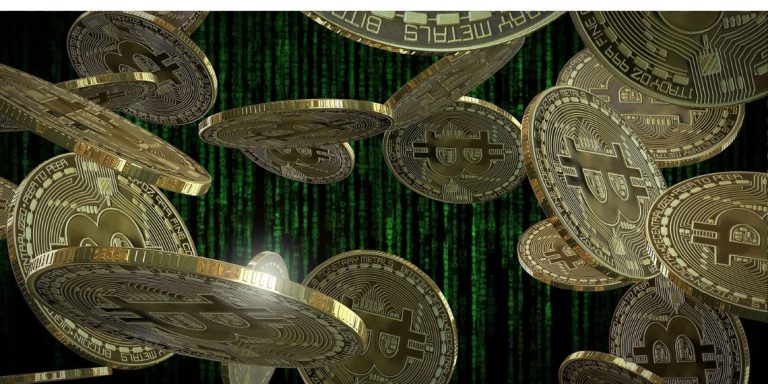 After years, Finally, Bonnie and Clyde are under investigation

They are granted bails based on some conditions

The Bitcoin industry is one of the fast-growing financial industries in the world. No other financial institution has seen so much growth in the past few years just like the Crypto market. However, as there is always a wolf on Wall Street, the crypto market has also seen a wolf named Bonnie and Clyde on Wall Street make enormous sums of money from hijacking the whole system of crypto. And no one knew that for years.

This is the story of Bonnie and Clyde who came up with one of the top heists in history so systematically that no one knew that for years. But before discussing how Bonnie and Clyde can do this, let’s discuss who they are.

Contents hide
1 Who are Bonnie and Clyde?
2 Biggest heist in the history
3 How did they manage to hide this for years?
4 Finally caught by authorities.
5 What next?
6 Final thoughts

Who are Bonnie and Clyde?

The real name of these two is Heather Morgan, 31, and her husband Ilya Lichtenstein, 34. They first met at a party and instantly knew that they are made for each other. Heather Morgan called herself “The Crocodile of Wall Street” and “Razzle khan,” while her husband was known by his nickname Dutch. They had enormous followers on Instagram, Twitter, and YouTube. People used to follow them for their views on the crypto market, but little they knew that these two are the real manipulators of the market.

Biggest heist in the history

On 10 Feb 2022 their world shattered when the authorities arrested them based on the investigation of 2016’s hacking. In 2016, one of the top crypto exchanges at that time was hacked which shocked the crypto world. More than 119,754 coins in all were hacked within 2 hours. At the time of the hacking, the price of one bitcoin was 600 dollars but after the hacking, the price went with the speed of a rocket and never stopped growing.

This was a very bad signal for Morgan and Lichtenstein, the so-called Bonnie and Clyde because they had to hide these enormous amounts of money. When bitcoin reached its peak, 69k dollars, the bitcoin they stole was worth 8.3 billion dollars. This makes the hack one of the biggest in the history of the USA. But how did Bonnie and Clyde manage to hide these for years?

How did they manage to hide this for years?

Stealing money online is not take much more difficult compared to hiding them from authorities. However, Bonnie and Clyde did this in a very sophisticated way. For one year, they did not transfer any coin, it remained there. In mid-2017, they started transferring money through a dark-net marketplace called AlphaBay.

They made a store on this site, made hundreds of sales, and abruptly closed the site. From there they used sophisticated techniques like chain hooping and peeled chains to launder their money. They thought no one is watching them, but they were wrong because the authorities were watching their activities for two years.

Arresting people based on online heists is very difficult for authorities because they do not leave conventional evidence like footprints etc. the only way to catch the online wrongdoer is by catching them with money. So luckily for authorities and unluckily Bonnie and Clyde, the founder of AlphaBay were arrested, and authorities now had the real evidence which was the accounts that were created by Bonnie and Clyde on this site. And final they were arrested by federal law enforcement officials in New York City.

The investigation is still going on however they are granted with some conditions. Morgan has to pay 3 million dollars alongside her mother’s home as security and Lichtenstein has to pay 5 million dollars. Experts are saying that both of them might end up in jail for at least 20 years. So the wolves are now under the radar of The US authorities.

Although Bonnie and Clyde have been granted bail they are under severe restrictions. They cannot move without US authorities’ permission. This is a big disaster for a well-to-do couple. To prevent such heists in the future, international communities, the organization has made a sophisticated system that will monitor every single transaction made online on every crypto exchange. The Crypto market is no more a decentralized market.