Ethereum price is back below $200; what to expect? 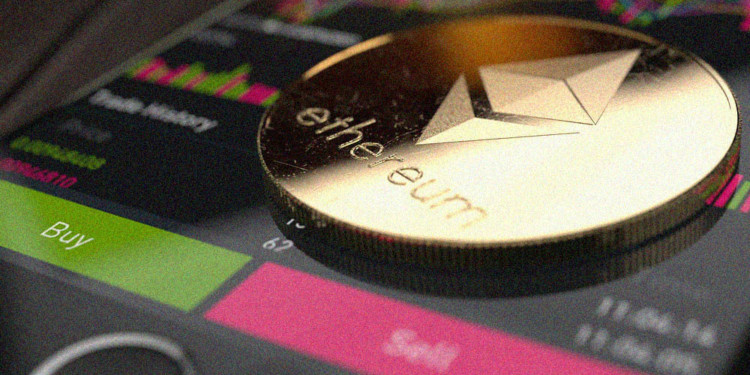 Ethereum price has dropped below two hundred dollars ($200) after a week of impressive gains.

Ethereum (ETH) price has decreased by almost ten percent (10%), making its current standing at just above one hundred and eighty-nine dollars ($189.01).

ETH had reached a price-tag of three hundred and fifty-three dollars ($353) right before losing over thirty-six percent (36%) of its price, in the past three months. 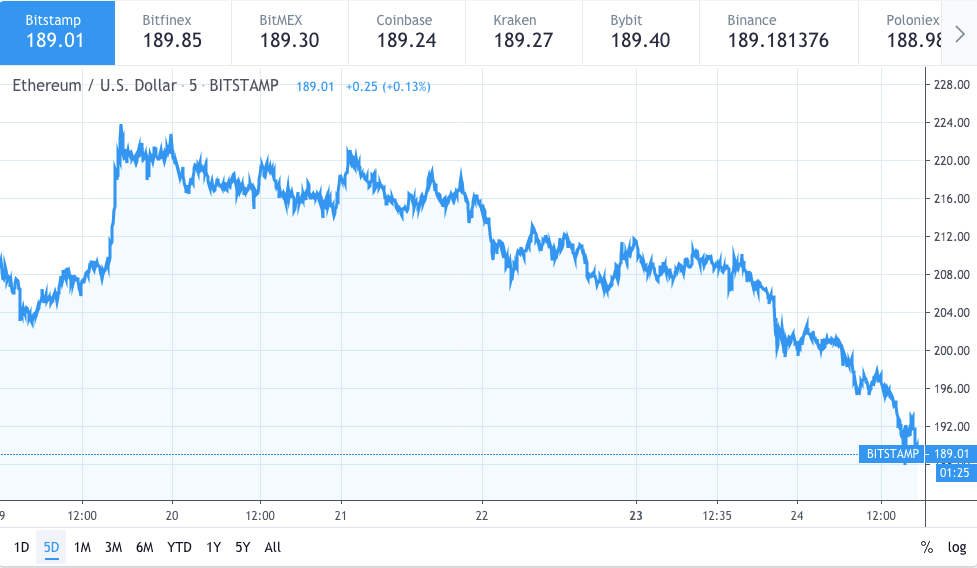 Ethereum price in sway: What to expect?

The cryptocurrency’s daily trade has decreased from over eighteen billion dollars ($18B) in May to eight billion dollars ($8B) today. Despite this notable decline in its trading volume, various other factors tend to be bigger determinants of its value.

Tether has caused an increase in transactions on the Ethereum Blockchain. This growing traffic is slowing down the payment procedures. It is reported that ETH’s transaction fees have increased to $0.42 per transaction, which amounts to nearly four times its fees in July.

This increase in transaction fees has made Ethereum payments more expensive, while the transactions with lower fees will have delayed or slower processing. Ethereum enthusiasts have termed this increase as a proof to the cryptocurrency’s realistic utility.

Although most of the cryptocurrencies are in a downfall, Ethereum (ETH) is now reported to be at the bottom of the list, just over Litecoin (LTC) in terms of its market performance.