Ethereum price drops to $286; can fall further before getting back up 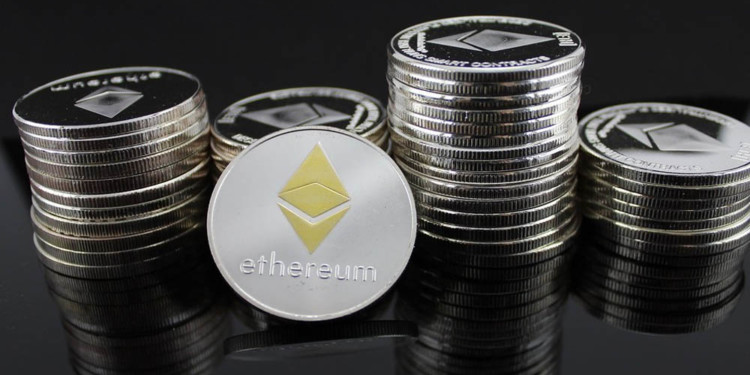 The queen of cryptocurrencies Ethereum (ETH) is suffering again as the Ethereum price drops down to two hundred and eighty-six dollars ($286). Although the currency saw the year-to-date high on 17th of July 2018 when the ETH price was trading at five hundred and five dollars ($505) mark.

The crazy Bitcoin rallies starting on 26th of June have been both a pleasure run for some traders and a missed opportunity for others. However, the ETH price went as high up as three hundred and sixty-one dollars ($361.67) on the same day Bitcoin started rallying. 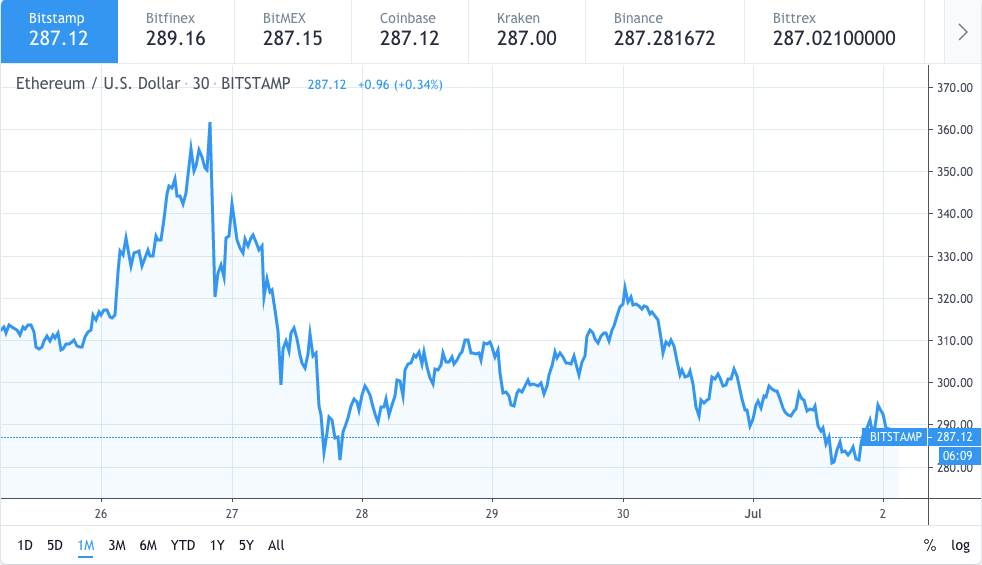 Ethereum price quickly started following as Bitcoin started to sway by a thousand dollars ($1,000) margin in the days to follow after the rallies. While the market started to get shaky since the fear of missing out (FOMO) factors were believed to be in large play.

Ethereum; being the second largest cryptocurrency, also enjoyed some degree of fame through the Facebook Libra announcements. Where new retail traders got on-board the cryptocurrency bandwagon right after the Libra launch announcement.

Ethereum price has rallied once again to the three hundred and twenty dollars ($320) mark on the 30th of June in the hopes to sustain a high above the three hundred dollars ($300) mark before the crypto-winter arrives. However, the currency has not managed to find support above the required mark and is currently down to current lows.

An ETH price chart analysis finds that the currency is currently trading with heavy bears looming on the chart. The current support levels are found to be at two hundred and seventy-eight dollars ($278) mark.

However, if the price falls down to the current support mark, the new support levels are expected to form around two hundred and sixty-five dollars ($265) mark.

On the other hand, if the Ethereum price manages to break the current resistance levels the cryptocurrency would face major resistance sustain above three hundred dollars ($300) mark.