Ethereum price data analysis: ETH price can go down to 196? 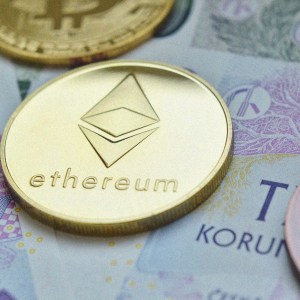 The queen of cryptocurrency Ethereum ETH is going down with Bitcoin. Ethereum price data analysis reveals that the currency went down over twenty percent (20%) in the past twenty-four hours.

The over twenty percent decline brought the ETH price down to two hundred and thirty dollars ($230) support area and then breaking even lower.

ETH price then continues until it hit the new low in the last thirty days at two hundred and twelve dollars ($212). This is the third day in a row Ethereum price continues to fall to new lows one after another despite hitting past the three hundred dollars ($300) mark

On the other hand, bears seem to be ruling the ETH price charts. The over twenty-three percent (23.6%) Fib retracement level also supports the two hundred and twenty dollars ($220) as the new support area.

While the fifty percent (50%) Fib retracement level indicates that the ETH price would face severe resistance on the two hundred and twenty-five dollars ($225) mark. However, the currency would have to sustain past two hundred and thirty dollars ($230) mark before making any attempts towards three hundred dollars.

Moreover, as the current trend seems bearish, the currency is likely to fall further down to one hundred and ninety-six dollars ($196) mark if the queen of cryptocurrency fails to sustain current levels.