Over the last twenty-four hours, Ethereum price experienced a decline of a little over three percent (3%); presently, it is changing hands at one hundred and eighty-six dollars ($181).

In the last week, the value of cryptocurrency increased a little over seven percent (7.5%) before the latest drop. Despite this minor decline, Ethereum price remains up by a little over four percent (4.5%) in the previous thirty days as it continuously makes the higher highs and the higher lows in October.

Ethereum maintains its status of being the third-largest crypto in terms of market cap at a little over twenty-dollars ($20.17).

Ethereum price continued to increase until now when the price is finally correcting itself. The cryptocurrency was able to increase up to a little over one hundred and ninety-three dollars ($193.66) before reaching the resistance level of at a hundred-day Moving Average. 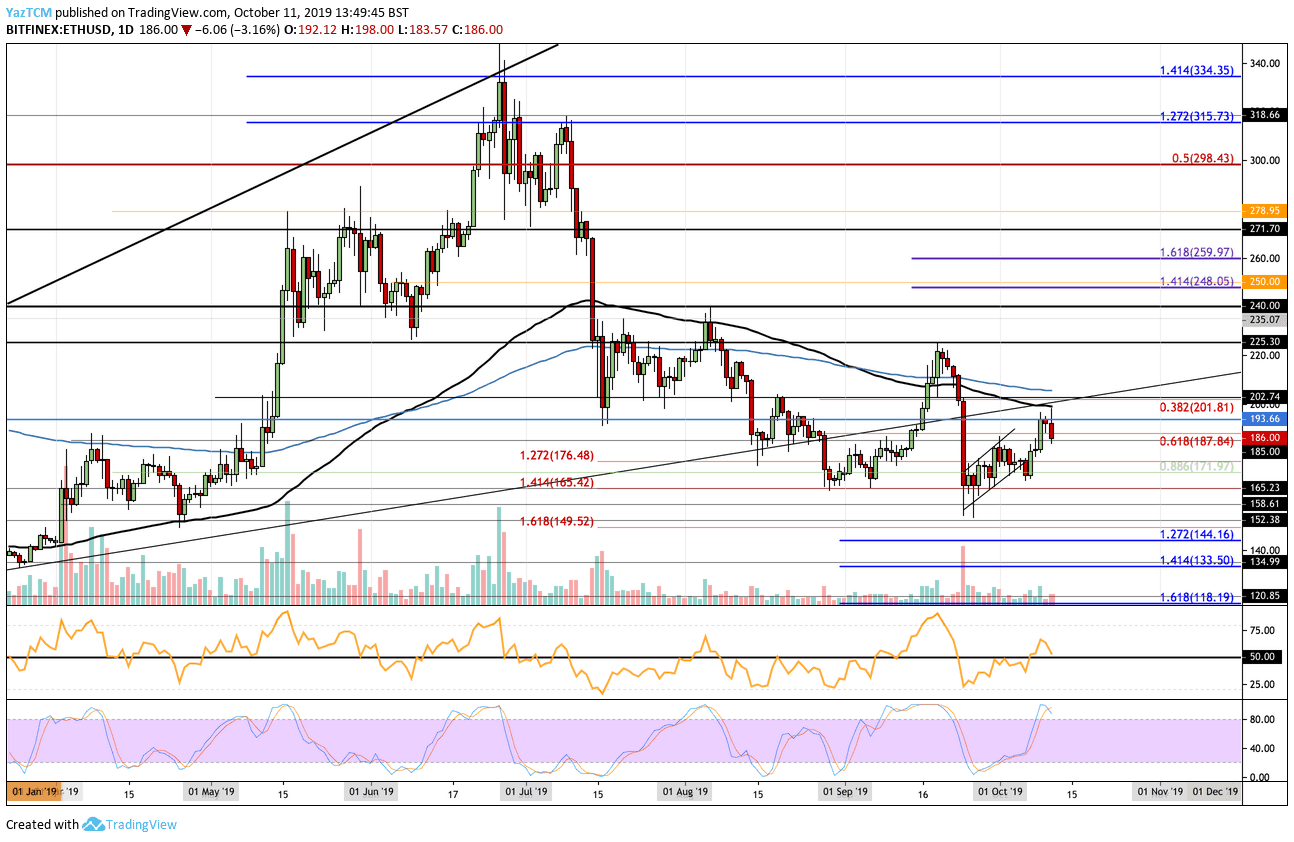 The closest levels of resistance for the Ethereum price movement are found at a little over one hundred and ninety-three dollars ($193.66) and two hundred dollars ($200) at a hundred-days moving average.