Ethereum ETH price up by 7 percent despite bleed out 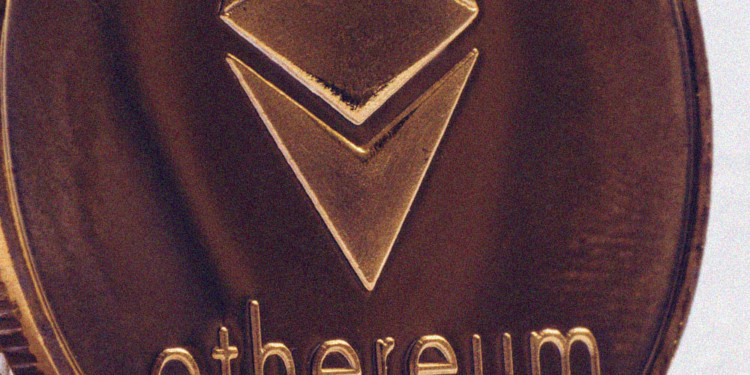 Sunday has been marked as a bloody one due to hefty bleeding out throughout the industry and for a good reason since most cryptocurrencies following Bitcoin are down by great margins. On the other hand, Ethereum ETH price that followed the main trend is still up by a good margin when compared on a 5-day scale chart. 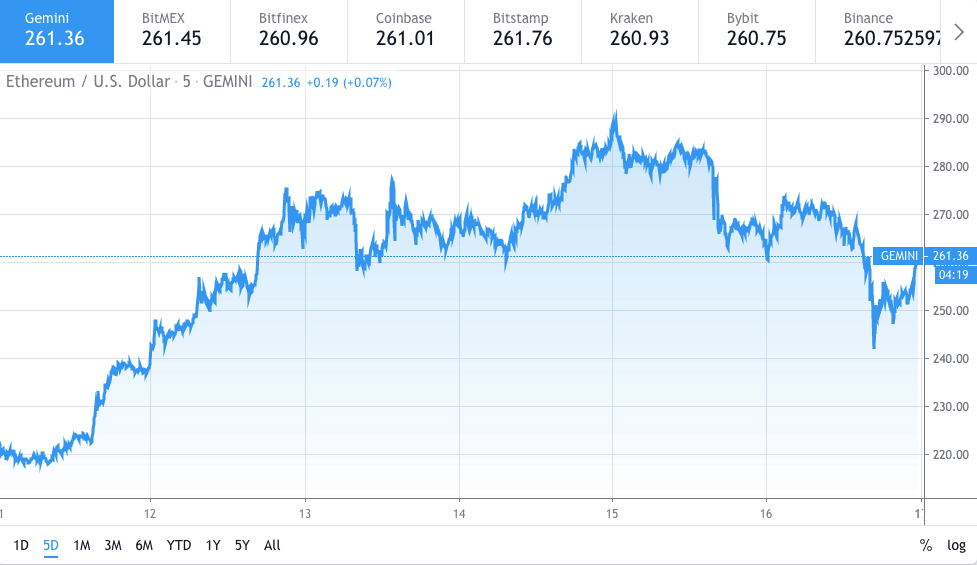 Ethereum price stood at a mere $220 at the start of this week, and the high was witnessed on the 15th of February when it hit the $290 mark. Moving on, unlike a flash crash Bitcoin displayed, Ethereum fell down from the high range of $280 on the same day, making a head and shoulder pattern of its own.

The major fall didn’t come until late on the 16th of February when the price fell as low down to $241 in a flashy crash. Despite the fall, ETH price recovered well and stands at $261.36 at the time of writing.

The current drop in Ethereum ETH price came unexpectedly despite the fact that the queen of cryptocurrency is still trading at a seven percent higher rate than at the start of the week when it stood at $220.

One of the top cryptocurrency analyst and trader at Trading View Alex Clay had predicted a better movement for Ethereum price expecting it to hit new highs by now. However, as unfortunate as it may be, the bleeding out Sunday did affect the queen in terms of achieving new targets.

All hope is not lost for Ethereum at the time of writing, and support looks strong while the queen is moving back towards the strong resistance point found at $284. If the cryptocurrency manages to break past the strongest resistance point $300 range is likely to happen in the coming few days.