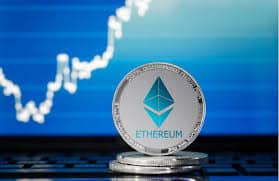 ETH price has almost doubled since the start of the year; this is an outstanding feat for Ethereum’s cryptocurrency ether. Many theorists believe that ether’s time is coming and that Etherium will become much more influential within the crypto space shortly.

Huge premiums to be paid by accredited stakeholders

The Etherium network has some strong roots, and Etherium appears to be under the microscope at the moment, and its period has come to shine. Many of the overall indicators of development involve a growing amount of ventures built on the network, serious investors involved in the system, and more.

So let’s have a look at some of the indicators that illustrate how the ETH price is growing and getting more influential by the day.

The Grayscale Etherium Trust is a crucial connection in the crypto purchase process. It would be primarily used by institutional investors who can invest in cryptocurrency without trying to tackle compliance issues along the way.

Ether represents a haven and a hedge

San Jose University published an Ether study focusing on data collected around this cryptocurrency from December 2017 to December 2018. The overall conclusion was that Ethereum’s cryptocurrency is effectively a shield against gold marketplaces, and also the US stock market.

In comparison, the analysis showed that the Etherium asset acts more like a secure haven as much as the gold market.

A merger for ConsenSys and Quorum

Quorum is a blockchain initiative initiated by the biggest bank in the US — JPMorgan. There are discussions; however, the Quorum may be combined with ConsenSys. It’s a website created by Joe Lubin, one of Ethereum’s co-founders.

Apart from this, the whole Quorum blockchain is being developed with the aid of the Etherium network. It is expected to be the foundation for JPMorgan’s digital currency.

The price of a single Ether unit at the time of this writing is roughly $274. This is the most significant level, and the ETH price has reached since July 2019.

The price may not be a precise predictor of the performance of the network, but there is undoubtedly a correlation between the two. Regular gas use on Etherium has reached record highs since September 2019, as can be seen on Glass node.

The number of users is, therefore, also growing. The number of Etherium addresses has grown by more than 21 percent relative to last week. In comparison, the amount of purchases has also risen by 13.2%.