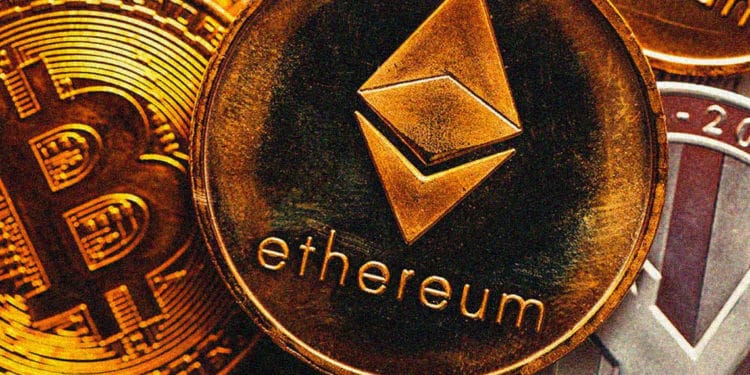 ETH price prediction shows the ETH/USD pair experiencing a strong growth ahead of the US opening as the king of altcoins prepares to make a huge 95 percent move against Bitcoin as stated by an analyst.

ETH/USD dropped to $119.36 during early Asian hours before recovering to $133.10. The-second largest digital asset stayed mostly unchanged on a day-to-day basis and gained over 8% since the beginning of the day, moving in sync with the market. The bullish sentiments helped the coin to settle above SMA50 1-hour and smashed SMA100 at $132.50.

One-hour RSI points upwards, which means that the downside correction may be over for the time being. The next bullish target comes at $137.50, which is the upper boundary of the previous consolidation channel. Once it is out of the way, the upside momentum is likely to gain traction with the next focus on $140.00.

2020 has been the year for Ethereum, it outperformed the King coin BTC throughout January and February.

The long-term prospects of ETH price prediction are difficult to predict whether this trend is going to be to a bull run or remain in bearish one because the price of ETH depends greatly on BTC.

The boom in the decentralized finance movement in late 2019 and early 2020 made it inevitable for Ethereum to rally upwards.

Ethereum started the year with an over 100 percent rally resulting in the ETH price prediction doubling and also driving the rest of the crypto market to what we can now observe in hindsight as the year’s high.

The crypto analyst that reported this triangle believes that based on the recent price action, the triangle is most likely to break up.

Ethereum is showing signs of falling against Bitcoin which could result in a grave drop across the large-scale altcoin market space.

The triangle seems to be more of a descending in nature and we already know about descending triangles is that they are deadly. These same trends resulted in BTC’s price taking a huge dip from $6000 to $3000 and then again from $13000 to $6000.

Additionally, one observation is that: the critical psychological support is located at $130.00. If it is sustainably broken, the sell-off may gain traction and bring the price towards the above mentioned SMA50 1-hour at $1.2920 reinforced by the upper line of the 1-hour Bollinger Band.

One tip in a bear market that all should keep in mind: Bear markets are a natural part of market cycles. Not only can you survive them, but you can also position yourself to benefit from them.