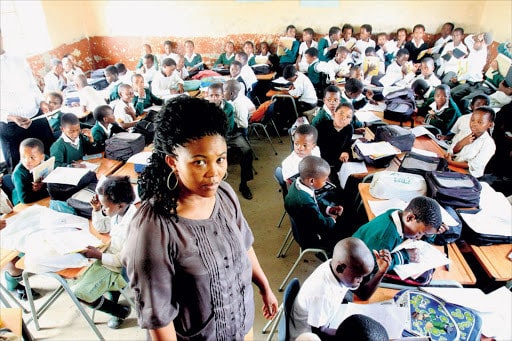 The education crisis in Africa seems an old-age predicament among many issues. In the year 2000, an estimated 970 million children were robbed of their childhoods due to ‘childhood enders’ – life-changing events like child marriage, early pregnancy, exclusion from education, sickness, malnutrition, and violent deaths.

That number today has been reportedly reduced to 690 million – meaning that at least 280 million children are better off today than they would have been two decades ago. Together, China and India account for more than half of the global decline in stunting alone. But what of the African education crisis? Here are observations:

In South Africa alone, millions of children continue to be robbed of a childhood. We now need to continue to push to reach every last child and ensure they receive the childhood they deserve.

Local governments can and must do more to give every child the best possible start in life. Greater investment and more focus is needed if we are to see every child can enjoy a safe, healthy, and happy childhood.

For those countries that made the most progress, including Sierra Leone, Rwanda, Ethiopia, and Niger, the results showed that political choices can matter more than national wealth.

With COVID-19, the conditions of community rural schools will be worse as maintenance will be made impossible by budgets diverted to address more urgent needs related to hospitalization, care, and daily subsistence. What are these school conditions that beg for our attention? Let’s peek at a child’s diary:

My friend Petunia Buthelezi wrote to me yesterday and said she is not sure when they will be going back to school as the education department and the government is in conflict about social distancing measures and how they would apply in a classroom setting. She has 65 fellow students in the class…. How does social distancing work in a school like this?

In many parts of South Africa, the schooling system looks more like a war zone than a field ripe for fertile minds.

Amnesty International recently reported a bleak picture of the basic education system that is failing learners from poorer communities. Titled Broken and Unequal: The State of Education in South Africa, it highlights the dire situation of South African education.

This is a far cry from the words spoken by President Cyril Ramaphosa at his state of the nation address in 2019, that in the next six years the government would provide every school child in South Africa with a tablet.

Many schools would be grateful to have a toilet.

Of the 23,471 public schools, 20,071 have no laboratory, 18,019 have no library and most have dilapidated restrooms with what passes for toilets. Of the schools, 37 have no sanitation facilities at all.  4,358 schools are using pit latrines and 269 schools have no electricity.

This story is not unique to South Africa, and the same issues as the African education crisis are afflicting many developing countries.

If we look at this bleak picture of education, mirrored in many parts of the world, it is almost inconceivable to marry it to the bright picture of an interconnected online education system that provides an equitable, fair learning platform for every student.

The Solution? Unless pressure is applied to the governments in emerging markets to spend the allocated funds, the education system will remain defunct for the foreseeable future. In South Africa, the education budget was 16.7% of government expenditure in 2019/2020.

If a significant portion of it had been spent correctly and not misappropriated, the amount would have gone a long way to alleviate the plight of a sinking education system in the country.

In 2006 UNESCO, estimated that over 84 percent of classrooms had over 40 pupils per teacher.

Sub-Saharan Africa and Asia have the most schools with pupil-teacher ratios (PTR) exceeding 40:1 are in.

The pressure to fulfill the international mandate of providing more teachers has more and more developing countries in Sub-Saharan Africa, South, and East Asia, and Latin America regions using the services of under-qualified teachers, who not only are inexperienced but also have no expertise in teaching a classroom of 50+ pupils.

The classroom conditions are particularly acute in a number of developing countries where large class sizes often swell up and go beyond 100 pupils. We see a lack of planning by government agencies. Or is it a matter of focus and involvement with children? Is it a matter of lack of resources or inattentiveness to the African education crisis?

The rush to fill the physical classroom void left in the wake of Coronavirus in developed countries highlights the growing gap for marginalized students that do not have access to technology infrastructure or data, leaving them further behind each day that passes.

On the one hand, we have the resources, finances, and students. And on the other hand, we have corrupt officials in governments, the custodians of the education system, and our future workforce.

Teaching is moving online, on an untested and unprecedented scale. Student assessments are also moving online, with a lot of trial and error and uncertainty for everyone. Many assessments have simply been canceled. Importantly, these interruptions will not just be a short-term issue, but can also have long-term consequences for the affected cohorts and are likely to increase inequality.

The education crisis now becomes more insurmountable, bigger than the problem of latrines. The case of the broken and unequal education crisis becomes highlighted now with incompetence and corruption.

A child to the rescue? Or will adults redeem themselves? 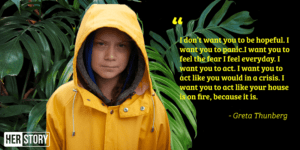 Do we need a Greta Thurnberg to take on the African education crisis and say her emotive and daring speech during the UN Climate Summit:

I shouldn’t be up here. I should be back in school on the other side of the ocean. Yet, you all come to us young people for hope. How dare you? You have stolen my dreams and my childhood with your empty words. Yet, I am one of the lucky ones. Children are suffering.

Crypto investors are looking at Africa as the new hub for business expansion and we look at only a part of the incoming revenues to be channeled towards the region with the “worst education system”. We are encouraged by this prediction by one crypto writer:

The Africa Bitcoin love affair is yielding encouraging results for the crypto. Bitcoin use cases are growing exponentially, and developing economies are discovering every new way to boost BTC adoption. This narrative has played out pretty well for the African continent, where Bitcoin adoption is going strong.

I am reminded of the saying Quis custodiet ipsos custodes? a Latin phrase found in the work of the Roman poet Juvenal from his Satires (Satire VI, lines 347–348). It is literally translated as “Who will guard the guards themselves?“