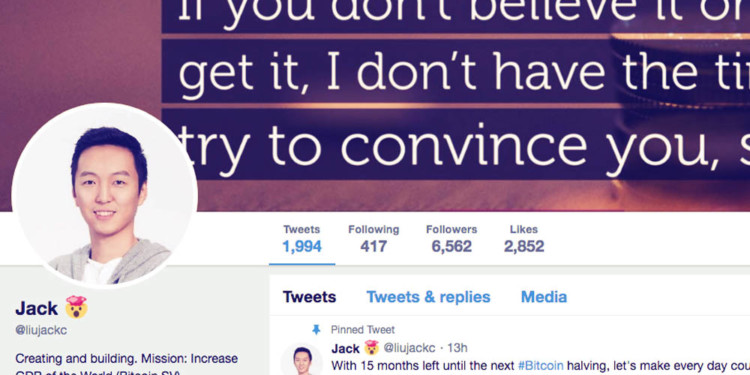 Although many people and organizations join the crypto-sphere for making profits one way or another there are many people that join due to their beliefs in the technology and with the hope of helping it grow. The most recent example would be that of Jack Liu.

Jack Liu is a senior director at the Circle, a cryptocurrency firm with a market cap of more than three billion dollars ($3b). In a recent announcement, he revealed that he will be leaving the company to work for Bitcoin Satoshi Vision’s (BSV) improvement.

For Jack, realizing Satoshi’s vision has been a very big inspiration and now he wants to take a more involved approach toward the matter. He stated that he is experienced in the process and that his entry into the crypto was not due to luck but rather due to innovation.

He then addressed what his objective was by stating that he wants to increase BSV’s adoption so that more people use it.

He felt like this was high time to take initiative towards the ordeal and even skipped the bonus that he would have claimed in a few months. He stated that he did not want to wait any longer for the revolution.

Looking back at his career at the circle, he stated that the company was a nice place and that there was much to learn there.

In the company, he helped in the development of a 24-hour service outside Asia as well as build the supporting platform for BSV at Poloniex. Where would he go next remains unknown though it will surely involve BSV.