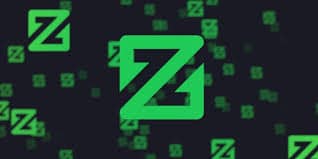 The firm’s new update shows that they are gearing towards the debut of deterministic masternodes and LLMQ on their platform. Some other vital improvements that the firm is considering are a rebranding of Lelantus, the update of a unique privacy feature on the sigma mobile wallet, and new features on the GUI.

The update released by Zcoin for April has shown that the month was a very productive one for the firm, according to Ruben Yap, who is the Steward of the platform’s project.

Update of deterministic masternodes and LLMQ

Zcoin has taken appropriate steps to ensure that this new feature would be a possibility and will not be met with disappointment from their customer base. The blog post reported that they are at the final testing stage and are looking to perfect the transition. Masternodes are also being tested for ported units.

The blog post also pointed out Znode, a computer with the full capacity to host Zcoins blockchain. The post stressed on the time that the Znode for hardware wallets would be completed, which will complement using the QT GUI for newly created Znodes. The firm also stated in the blog post that it had made an update in the new Electrum-XZC binaries after it fixed bugs in the platform.

According to the blog post, the firm stated that it had seen improvements in Lelantus, a project designed for Zcoin’s next-generation protocol. One out of the many vital updates includes the fixing of the split and joint function with significant coding to make the platform functional the next feature, which will enable auto minting in line to be added.

The blog also noted that the company was looking for ways to integrate the sigma wallet belonging to Zcoin in April. The firm has been looking to build an IOS based app that is further waiting for approval concerning the update. With the new improvement on the GUI wallet, the latest update promises a new feature. The coin is scheduled to halve in September, and we can only hope for better things after the addition of deterministic masternodes and LLMQ to the platform.