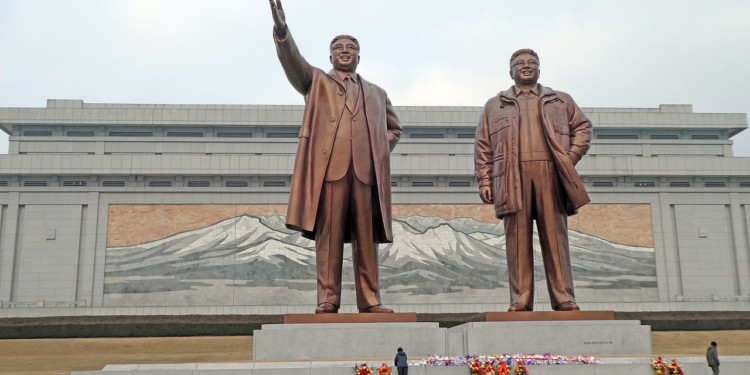 A new report has revealed how cryptocurrency in North Korea has helped in the increase of internet usage. Following several sanctions imposed on the regime in North Korea by the United States government and other Western nations, the report released by Recorded Future indicates that the country has relied on cryptocurrency to engage in several illegal financial deals and evade international sanctions.

There is a clear indication that cryptocurrency in North Korea transactions and hacking have generated over 300% internet traffic in North Korea over the past three years. The North Korea regime has been involved in the transfer of illegal funds through several cryptocurrency scams, crypto mining, crypto-jacking, and crypto exchange to finance its secret activities, as a result of the fact that there are international sanctions imposed on the regime by International Multinationals and the West.

Meanwhile, the North Korea regime, according to the research conducted by Insikt Group, has been able to illegally generate funds and revenue through the use of its own secret Virtual Private Network (VPN) and Domain Name Service (DNS) exploitations. As a result of this, it is believed that the number of cryptocurrency exchanges and hacking of financial organizations must have generated about $2 billion for the regime in North Korea, the political elite, as well as the military top class.

Is there trouble looming?

The use of the internet to escape from sanctions imposed on the North Korean government and the exploitation of cryptocurrency and Blockchain technology to launder and hijack funds is a source of concern. The report further shows that the ability of North Korea to develop its own internet-based model in escaping from financial monitoring and illegal funds generation can also be used for actions that have been prohibited by international monitoring bodies. Such is the development of North Korea’s nuclear and ballistic programs. If actions are not taken on time to curtail this, such a model could be adopted by other financially sanctioned nations like Iran, Syria, and Venezuela.