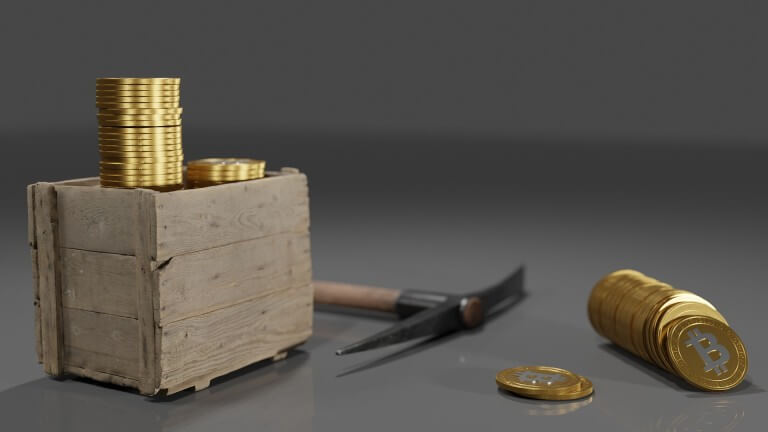 NiceHash’s new ‘Catch The Block’ is the first service available that will allow miners to purchase ‘solo mining packages’ where they can rent and use other crypto miner’s computing power (hash power) to mine their own Proof-of-Work (POW) cryptocurrencies.

As a ‘completely new form of solo mining’, NiceHash’s new service is based on a package-type concept, where solo miners can rent other miners’ hash power for a set period of time (by buying ‘tickets’) to attempt to mine coins and ‘validate’ a block. If they do, they receive the block reward (i.e., 6.25 Bitcoins = $120,000).

NiceHash’s new service is a two-pronged approach to attempt to raise the profitability of mining across the industry, given plummeting crypto mining profitability levels; solo miners will be able to use other miners’ rigs to mine coins (no use and cost of their own computer power), and experienced miners with large rigs will receive payment via the purchased tickets to subsidize their energy costs and earn more than they would mining on their own.

Less than one-third of ETHs hash power migrated to PoW chains after The Merge. An estimated $5B worth of mining hardware was left displaced by the shift, forcing ETH miners to seek out new opportunities for mining coins on other lower-profit PoW chains. Out-of-work ETH miners using GPUs have surged to other PoW coin networks such as Ravencoin (RVN), Flux (FLUX), and Ethereum Classic (ETC), or moved to ASIC mining on Bitcoin (BTC), Dogecoin (DOGE), Litecoin (LTC).

With new overdemand to mine alternate coins, new coin difficulties have increased, causing lower returns, and splitting the reward amongst more miners. Also, as energy prices rise around the world (by up to 70% in parts of the world), crypto miners are finding that the cost of running their GPU hardware is outweighing the reward since probability and profitability are currently very low. With the flood of hash rate from ETH annihilating the rewards available to miners on PoW chains, many crypto miners are being forced to give up and abandon their expensive mining rigs amid a race for profits.

As the first solo mining concept of its kind, NiceHash’s new Catch The Block product aims to immediately rectify the crypto mining profitability issue. The BTC paid by the solo miner to purchase the mining package goes to the other miner who is providing the hash power, which will help subsidize the other miner’s electricity costs as they mine new coins.

Likewise, Catch the Block will create profit for solo miners which they typically may not be able to do. If solo miners currently try to mine themselves with their own equipment, the cost of their hardware often far currently outweighs the reward, since the probability is very low.

A solo miner will purchase a Solo Mining Package (a ticket) and then wait to see, via renting the other miners’ hash power, if they have successfully mined a block of cryptocurrency. If they do, they will get the block reward.

3 different types of packages will be available that is Bronze, Silver, and Gold.

Each of these packages has 3 sizes (price levels) that solo miners can select – and the duration and probability of each are slightly different, ranging from 1 hour to 4 hours. Solo miners will be able to click on each package and see what coin will be mined, as well as the price of the package, probability (odds), and the estimated reward.

As it stands, NiceHash has become the only crypto-mining provider globally to provide this process of solo mining. They hope to support everyday crypto miners and prevent them from deciding to leave the mining industry entirely, due to lowering profitability margins.

Speaking on the launch of the new service, Martin Škorjanc, CEO of NiceHash said:

“NiceHash has always been about supporting ‘the little guy’ since day one. We value the vision of making cryptocurrency easy and available to everyone, and most of all to support the mining community” he also added that “ Love us or hate us, NiceHash has been the backbone of much of the mining industry, especially the GPU mining scene, and many companies that are bigger than us today grew off the success of NiceHash’s model of bringing mining to everyday folks. Many people were earning a living from mining with their GPUs, and then Ethereum decided to overnight switch off that income for millions of miners. When challenges like this come, we want to provide as many alternatives as we can to miners, and Catch the Block is exactly that, it enables anyone a chance of finding a block and getting the reward, and is very easy to get started. All the Bitcoin paid-for packages go direct to the miners on the other side, benefitting both buyers and sellers of hash power.”

Recently NiceHash was the first company to fully unlock Nvidia’s LHR graphic cards for crypto miners so that crypto miners across the world could increase their mining speeds and profits from crypto mining.