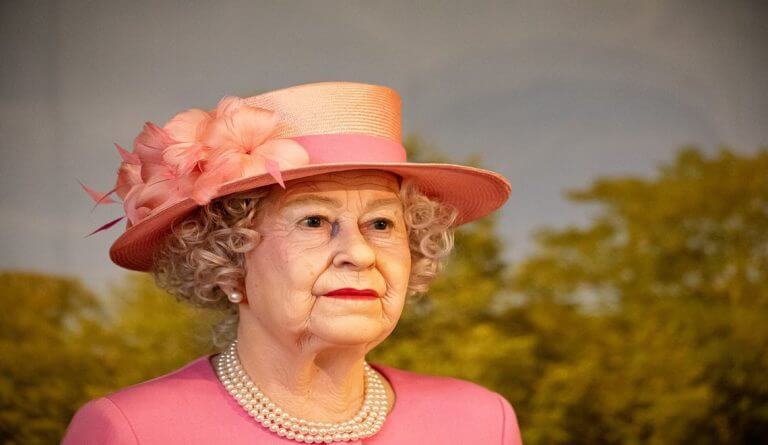 London Bridge is Down!! After a long and fruitful reign, Queen Elizabeth II has passed away. It’s an honorable yet difficult moment for Britain, which has had her as its Monarch for over 7 decades. Queen Elizabeth II was the ruler of the United Kingdom from February 1952 until her death last night.

This was the longest reign of any British monarch. Queen Elizabeth II ruled as Queen of fourteen other Commonwealth nations, including Australia, New Zealand, and Canada, at the time of her death.

Following the death of Queen Elizabeth II, announced by Buckingham Palace, crypto gamblers, NFT vendors, and Web3 enthusiasts rushed to cash in on the global attention. In a short amount of time, OpenSea and crypto exchanges were overflowing with thousands upon thousands of newly minted Queen-themed NFT artworks, as well as a plethora of Queen-related cryptocurrencies.

The decentralized crypto ecosystem is not known to waste financial opportunities. Digital stamps with the Queen’s profile, photographs of the Queen, and pixelized Queen artwork with beaming red eyes were among the NFTs put up for sale on OpenSea. The “tokens” that were launched took on names such as: Queen Elizabeth Inu, Save the Queen, QueenDoge, London Bridge is Down, and Rip Queen Elizabeth.

Amazingly, while some people are sad, Queen Elizabeth Inu has gone on a rampage. Similarly, Save The Queen Tokens are following suit. Some people might think this is distasteful and close to evil. However, others are making a killing off of it.

Analysts claim that prices are highly volatile and “unlikely to endure. The most liquid cryptocurrencies have already processed $900,000 in volume: Queen Elizabeth Inu $700,000 Save The Queen $200,000.”

It’s worth noting that both Queen Elizabeth Inu and Elizabeth have just $17,000 and $204,000 in liquidity. This indicates a lack of backing, which could mean that there is potential for a short-lived pump and dump. They come in a similar vein to the infamous Squid Games token that failed miserably last October.

The RIP Queen Elizabeth project went on sale with 520 NFTs in the collection. The RIP, The Queen Official, generated 8,000 digital artworks, each unique with different algorithmically generated mouths, eyes, and backgrounds.

Her Majesty the Queen’s digital assets before her death

One of the more famous projects involving NFTs and Queen Elizabeth is called QueenE. It was originally launched in early July by Web3 builder Fabio Sevá and mladen.eth. They wished to create algorithmically generated NFT pieces based on the Queen, which would be released throughout the rest of her life.

After the Queen’s death was announced, the project stated that its current 73rd QueenE NFT auction would be it’s last. They teased another future “Gen2” line but provided no further information.

The project creators wrote a eulogy for the Queen on the site of the NFT auction, describing her as a powerful woman, confronted with power and position that she never desired but took in hand and wielded with elegance and equity.

The last Gen1 QueenE NFT sold at the Ethereum rate of 2.730 ETH, which is equivalent to $4,623, according to exchange-rates.com. This price is the highest that anyone has paid for a piece in this collection so far.

However, just after closing the final Gen1 auction and announcing that no more NFTs would be added to the collection, QueenE’s creators launched a new one at 4:30 a.m. ET—a pixelated skeleton of the Queen. The work is presently available for 0.05 ETH.

The current inflow of Queen Elizabeth’s crypto assets has not sat well with some investors. The crypto community has been accused of hitting new lows but morally, this time around. It appears that the cryptocurrency community has no limits when it comes to what they invest in.

The recent rally for Queen tokens has been a hot topic online. While commenting on social media, Reddit user “woliphirl” joked that he was confident that the U.K would adopt Queen Elizabeth II meme tokens as their national currency in the upcoming weeks.

One user on crypto-hating online forum r/Buttcoin screenshotted a tweet made by crypto fund Bitcoin Capital founder MaxKeiser saying, “Queen’s dead. #Bitcoin never dies”, calling it disgraceful and in bad taste. Chuckolater commended the user, saying bankers must be shaking in their boots.

In response, another Reddit user said he was very embarrassed about how the crypto industry has been flooded with meme tokens at a time like now. Spooky9999999 wrote a craigslist post calling out crypto owners, saying their “greed strikes again.” It appears that financial, and moral lines have been eroding in the 21st century. The love for money has prompted a lot of conversation about the current global condition.