This crypto exchange managed to survive a $23m exposure to FTX 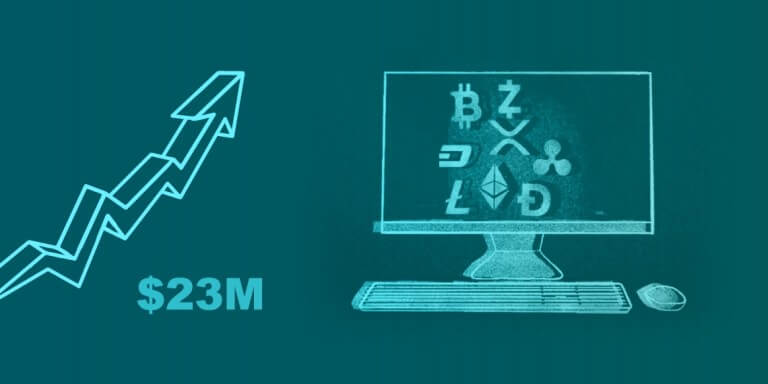 When FTX had a catastrophic collapse in November 2022, the majority of the companies that were connected to it were adversely affected in some manner.

However, there was one company in particular that was able to emerge from the crisis undamaged. That company is Digital Surge, an Australian crypto exchange.

Following the failure of FTX, Digital Surge froze the trading accounts of its 30,000 clients, making it impossible for them to access the money in their accounts. Furthermore, the month of December saw the launch of the exchange’s optional administration.

A five-year bailout plan for Digital Surge was approved by the company’s creditors on January 24, with the goal of eventually refunding its 22,545 customers who have had their digital assets frozen on the platform since November 16, 2022. This plan will also allow the exchange to continue operating normally.

On the day when payments are made, the total amount that will be reimbursed to creditors will, however, be dependent on the value of cryptocurrencies.

According to the statement, the percentage return will be increased on the day of repayment if the cryptocurrency market has increased since the previous day.

What Digital Surge’s administrators did

On the day the firm was placed under administrative control, the directors of the exchanges sent an email to the company’s clients with a rescue plan for the first time.

The administrators at KordaMentha issued a statement in which they claimed that payments to creditors will be made out of the exchange’s quarterly net earnings over the course of the next five years.

An affiliated company, Digico, will lend the Australian cryptocurrency exchange 884,543 dollars, which will enable the exchange to continue doing business as usual and continue dealing in cryptocurrencies.

Digital Surge was launched in 2017 with a mission to “offer a safe and uniquely user-friendly way for everyday Australians and businesses to access the world of cryptocurrency.”

What will happen to employees?

All current workers of Digital Surge will be kept on in their current roles, and all benefits will continue to be paid out. The administrators suggested this course of action because it would enable the firm to continue operations and provide a higher rate of return on investment for the creditors.

The administration report shows that from the time of FTX’s bankruptcy on 11 November 2022 and the suspension of Digital Surge’s platform, a total of $6.5m was taken, including more than $31,000 by five workers.

The employees were judged to have not violated any of their responsibilities, however, one employee’s actions were questioned by the administrators. The employee had withdrawn AU$ 1.6 million (around US$1 million) in AUD and BTC.

The employee was aware of Digital Surge’s exposure to FTX, as documented by internal records. The administrators claimed, however, that the employee had an unfair advantage over other creditors because of the withdrawal, which had a major influence on the business’s capacity to pay back its customers in full.