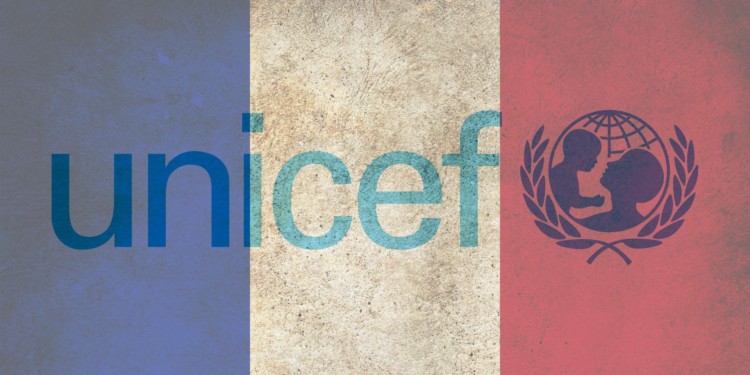 The popularity of cryptocurrency can be seen by looking at its adoption around the world. Recently the bear behavior of the market is creating problems for the investors, but it is still adopting by many nations. The same adoption of cryptocurrency happened in France recently. UNICEF office in France has agreed to accept aids in cryptocurrencies. It has released the list of nine cryptocurrencies that will be received as donations. Bitcoin and Bitcoin cash is on top of the list. UNICEF is also working on the idea of using cryptocurrencies for other projects as well.

The UNICEF released the news on the French media to inform people of France about its decision of accepting aids in digital currencies. Bitcoin, Bitcoin cash, Etherum, Litecoin, Ripple, EOS, Monero, Dash, and Stellar Lumens are those currencies that will be taken as donations by UNICEF.

The donations would be made through the French office`s website. The director of UNICEF reported in media that now the digital currency and blockchains would be used for the noble cause by collecting charities for the development of needy children around the world. He commented though the number of organizations is less that are using digital currencies as donations these numbers will increase in the near future.

In February UNICEF also collected funds in digital currencies for the rehabilitation of Syrian children who suffered in civil war through a campaign. This type of campaign was also launched in the Australian office of UNICEF in May 2018. In this UNICEF asked for computing powers by which the organization generated digital currencies for charitable causes. Over 22000 people participated in this noble cause.