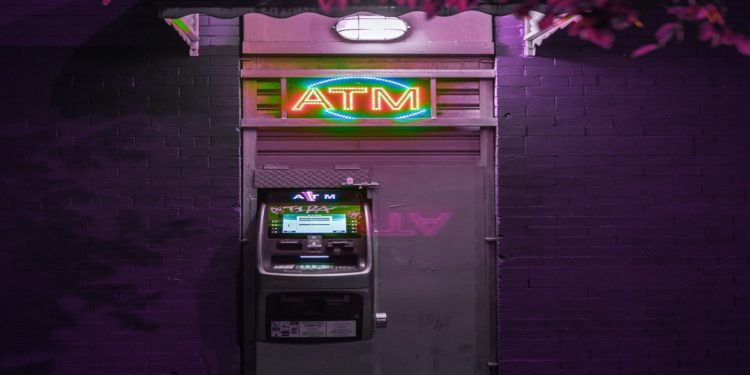 A report on Wednesday by Vernon Morning Star has informed about the unsuccessful attempt of criminals to steal a Bitcoin ATM. Although the unknown criminals weren’t able to head away with the cryptocurrency machine, they badly damaged most of the properties around it. At the time, the police said it is still seeking information that will help uncover the suspects.

The incident reportedly occurred at a store in Kelowna, Canada, during the morning hours of Wednesday. As the local police narrated, the two criminals employed several attempts to steal the cryptocurrency machine, but couldn’t succeed with it. At some point, the rammed a GMC Sierra pick-up truck to break-through the entrance of the building, which was securing the Bitcoin machine.

However, all those attempts were unsuccessful. So, the criminals ran away with the GMC Sierra truck, leaving the tailgate, without accomplishing their ill-goal. It was clear that the criminals were so much minded to steal the Bitcoin ATM, as they caused severe damages to other properties surrounding the cryptocurrency machine. These damages would cost thousands of dollars to be fixed, according to the report.

“A preliminary assessment conducted by staff on-site, suggests that despite the thousands of dollars in damage caused, nothing appears to be taken from inside the business as the suspects were unsuccessful in taking the Bitcoin ATM.”

Meanwhile, the police are seeking to expose the suspects behind the attack, as Forensic investigators were also invited to collect and examine evidence from the scene.

Recently, Cryptopolitan reported that the number of cryptocurrency ATM installations had reached more than 10,000 around the world. While this means a milestone, a June report issued by CipherTrace suggested that most of the cryptocurrency machines in existence were being used to facilitate illicit transactions.

Bad actors are increasingly leveraging on them to move illicit funds due to the anonymity it provides.