Coinbase to cease operations in Japan 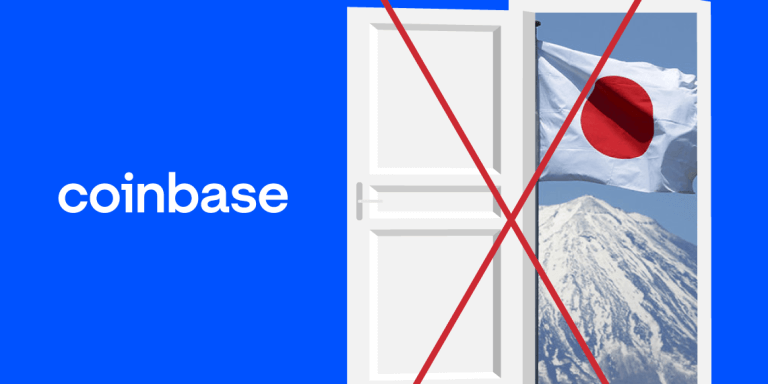 The industry contagion continues to influence the market despite Bitcoin’s price recovery to levels seen before the FTX crash, causing Coinbase to shut down its operations in Japan.

On January 18, Coinbase made a formal announcement stating that due to market conditions, the company would be ceasing operations in Japan and conducting a thorough evaluation of its activities there.

All users of Coinbase Japan will have until February 16 to withdraw their fiat and cryptocurrency assets from the platform. After February 17, all customers of Coinbase Japan will have their leftover cryptocurrency assets automatically converted to Japanese yen (JPY). Additionally, deposits made in fiat currency won’t be accepted after January 20.

What will happen after the deadline elapses?

According to the Company, users will be able to transfer the assets to any other virtual asset service provider, a self-custodial wallet, or the Coinbase Wallet.  Additionally, customers can liquidate their holdings and transfer their assets to a local bank account.

Customers may rest assured that all users can withdraw their funds at the earliest convenience thanks to the Company’s emphasis on its commitment to making the service termination as seamless as possible.

As was previously reported, the exchange initially began strategizing its entry into Japan during the 2018 bear market. Coinbase leaves Japan in the footsteps of Kraken, a different international cryptocurrency exchange that opted to stop doing business there in late 2022. According to the exchange, Japan encountered comparable difficulties.

According to Kraken, the business has chosen to revoke its registration with the Financial Services Agency by January 31, 2023, as part of efforts to “prioritize resources” and investment. Kraken claims that given the weak crypto market globally and the current market conditions in Japan, it is not currently justified to invest the resources necessary to build their operation in Japan.

A third round of job losses by the corporation was disclosed just one week prior to this statement. Both Kraken and Coinbase have significantly cut off their workforce, with Kraken firing 30% of its employees not long after the FTX exchange failed in November. Since June 2022, 2,110 staff have been let go from Coinbase.

The effects of the year-long bear market in both the cryptocurrency and more general financial markets are still being dealt with by crypto firms.