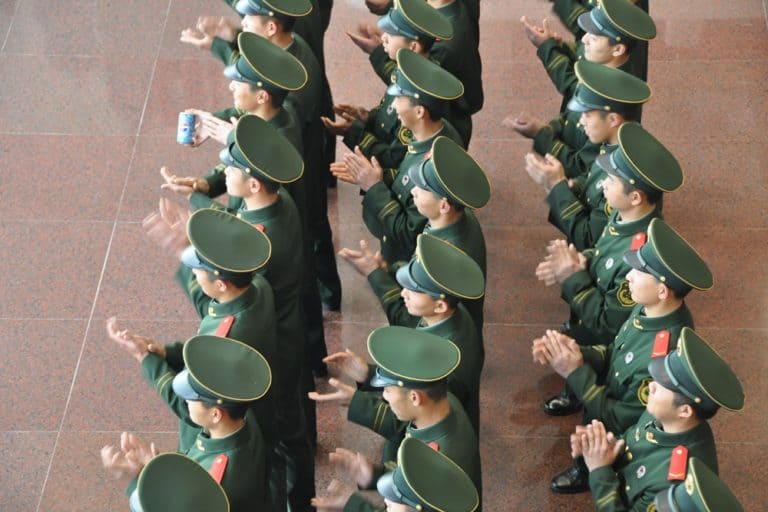 China may soon incorporate blockchain in military as the country aims to bolster military operations, enhance the performance of those in the frontline, and reward them with tokens.

These days, blockchain and distributed ledger technology are grabbing the attention of the Chinese government because of their abilities in cross-sectorial applications and sectors beyond finance, the industry it initially set out to transform. Because the technology is based on data shared, distributed, and stored on a network of computers, it can thus be seen as a secure and tamper-proof source of information.

Given the strong endorsement by Chinese President Xi Jinping, the Chinese military is now seeking ways to integrate the technology and explore the possibilities in military operations.

China could incorporate blockchain in military

In a report published by the Chinese army newspaper, People’s Liberation Army Daily (PLA Daily), on Tuesday, the country’s defense operations could use blockchain to store and share military personnel data such as career growth, development program and missions undertaken.

The new take on performance assessment could then be used to reward competent soldiers and train and develop the ones who are falling short performance-wise, PLA Daily reported.

Additionally, the report also proposes an innovative token reward system that could be based on criteria such as training, specialty skills, task completion, and others. A system that rewards and deducts tokens, based on the military official’s daily performance, could efficiently generate an objective assessment, motivate officials, and be used to streamline human resource management.

According to an anonymous expert in the defense administration, the instant incentives through a token reward system can serve as an excellent means to let the troops know of their performance. He explained that the system could act as immediate feedback for their performance. Although the PLA is yet to figure out what rewards tokens could yield, it is likely that it would not permit it to be circulated in the form of money and can only be used to exchange for rewards, if at all the system comes into force.