Chainlink price strong against Bitcoin above $2 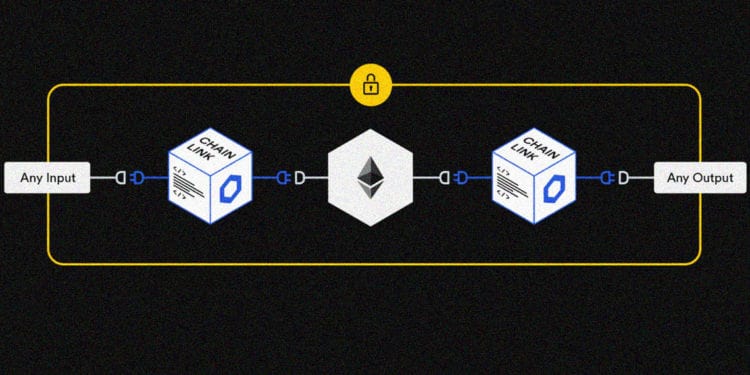 Chainlink price movement is dependent on Bitcoin price largely in the sense that every other cryptocurrency depends on it. But at the time of writing, Chainlink is showing strong movement against Bitcoin.

Bitcoin and other cryptocurrencies have witnessed a relatively small rebound from their support, including Chainlink, which seems to be consolidating around $2.26 against the USD. 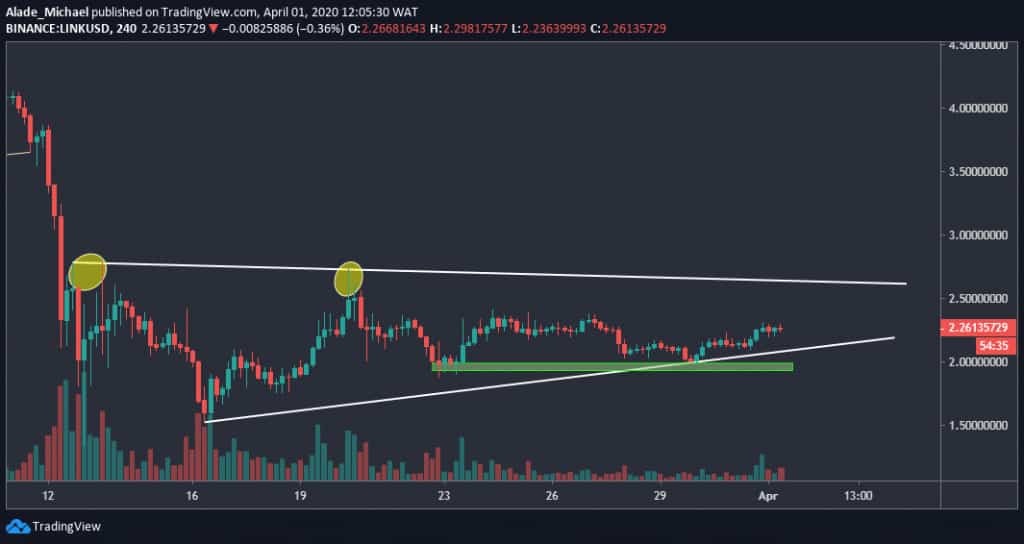 After getting the support at around $1.8 in mid of March, LINK pushed up to $2 on Monday in order to indicate an upcoming bullish action. In the meantime, Chainlink is presently trading against the resistance at $2.4 for almost two weeks.

Moreover, about two times the price has been rejected at $2.75. At present, the price action seems to be trapped in the rising triangle.

If Chainlink succeeds in overcoming the $2.4 resistance, then the next target will be $2.75 resistance, and that is near the upper boundary of the triangle. A break just above the triangle would be confirmation of a short-term bullish reversal towards $4. 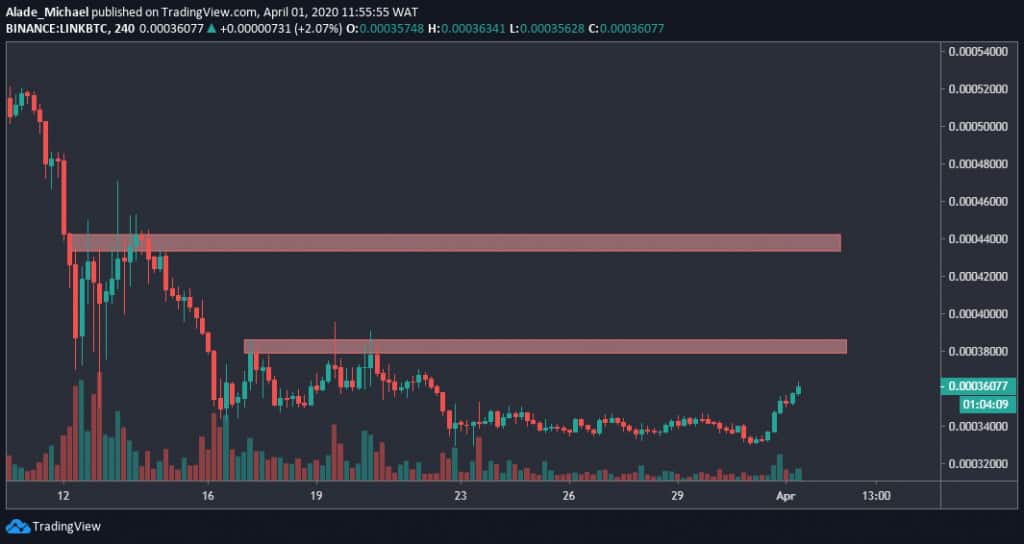 Presently, Chainlink is depending on the $2 for support. A sharp drop under this level can roll LINK back to the $1.52 and $1.35 lows of March. The latest drop might begin if LIN drops any lower.

Following a decline of four weeks, Chainlink has found temporary support around 33000 SAT. This development has enabled Chainlink to record its first noteworthy gain in the last two weeks.