Can you stake Cardano?

Besides expanding Cardano’s decentralized applications and earning the ADA holders some rewards, staking also helps the Cardano ecosystem since the staking process is the one that is used to select validators who validate new blocks and adds them to the Cardano blockchain.

Contrary to other proof-of-stake blockchains that mostly rely on individual staking, Cardano staking heavily relies on stake pools. Therefore, an ADA coins holder can earn ADA rewards by either delegating his/her ADA stake to stake pools operated by other people or create his/her own stake pool.

Investing in PayPal Bitcoin? Here Is What You Need To Know!

A Cardano stake pool is a consolidation of Cardano’s cryptocurrency locked using smart contracts that helps to up the chances of being selected to validate blocks and receive a reward in return.

If you have a large amount of Cardano tokens, you can decide to create a private staking pool where only you as the operator will be staking in it and thus you will not share the rewards with anyone else.

On the other hand, if you do not have a large amount of Cardano ADA tokens that you can delegate for staking or you do not hold any ADA at all, you can run a public staking pool, which will be a Cardano node within the network that has a public address allowing other Cardano network participants to delegate their stakes to it.

The Ouroboros protocol, which is the proof-of-stake consensus algorithm used by Cardano, is the one that selects those who will validate and add blocks to the blockchain. It uses a probabilistic mechanism to choose the pool with the highest amount of delegated stake. Therefore, the chances of a pool being selected as a validator increase with the amount of delegated stake.

However, to avoid staking pools from accumulating too much power by becoming too large, the rewards paid out to the delegators in a pool tend to become smaller as the pool becomes larger thus prompting holders to move from pool to pool in search of a small pool that will offer larger rewards. This theoretically prevents one particular pool from gaining dominance.

Advanced Cardano users can operate their own stake pools and earn higher rewards.

To become a stake pool operator (pool owner), you will require the following:

One advantage of staking compared to mining, which is used by some blockchains including Ethereum and Bitcoin, is that staking does not require powerful computers or ASIC devices that consume an enormous amount of power from the grid. You only require a normal computer, and a minimal consistent power supply and reliable internet connectivity.

The other interesting thing is that you can run an ADA stake pool without owning any ADA; meaning you would only be providing the services to ADA coin holders who want to delegate their ADA stakes but yourself you would not be staking. This is a major advantage since most of the other blockchains like Ethereum have a minimum stake requirement for nodes to be allowed to run stake pools.

The pool operators charge a running cost, which they can deduct from the ADA reward paid to the stake poll or charge as a profit margin for providing the staking service.

What you need to start staking ADA

If you do not have the technical skills to run a Cardano pool, you can join a public pool by delegating some ADA stake to it.

Contrary to running a pool, joining one does not require you to have constant internet connectivity and there is no need of monitoring your stake 24/7. You simply delegate your stake to a pool and wait for the rewards, which are automatically paid out.

Cardano does not have a minimum stake amount. Therefore, you can stake as little or as much as you want. However, the reward is proportional to the amount of ADA you have staked with a particular pool.

You also do not have to have a separate staking wallet. There are two separate keys for Cardano addresses; there are keys for staking (which contains staked coins) and there are keys for spending. When you choose to stake Cardano, they don’t leave your wallet, they are just transferred to a Cardano address with staking keys where they are locked from being used as long as they remain in that address. Therefore, your ADA token balance does not change; only that there are two addresses for the staked and the spendable tokens.

However, there is no mandatory time frame for which your staked tokens are locked. You can un-stake your ADA tokens anytime you want.

Where can I stake Cardano?

If you are using the Cardano wallet (the Daedalus wallet), Yoroi wallet, or Atomic wallet, you can access the delegation screen from the wallets and choose a stake pool from there.

When using Binance, your crypto assets including ADA coins are stored in the exchange’s Spot wallet and you can view your staked ADA coins by clicking on Wallets >savings > locked staking.

For maximum rewards, it is paramount to choose a pool that is reliable and charges a low fee. You can use websites like Adapools and PoolTool to view the status of the various available Cardano stake pools.

Is staking Cardano worth it?

Staking Cardano crypto assets earns you a passive income in terms of ADA rewards for the tokens that you delegate to a pool. That way, you get your tokens to work for you instead of just letting them lay idle.

Cardano staking operates cyclically and rewards are paid out every ‘epoch’, a term used to refer to every five days.

When a stake pool is selected to validate and add a block on the blockchain, it receives a reward after accomplishing the tasks. The pool operators deduct their running costs from the ADA rewards after which the remaining amount is shared out equally among every ADA delegator in the pool according to the amount that each contributed as stake.

No, at the moment the only available crypto tokens that Coinbase users can stake are Ethereum (ETH), Algorand (ALGO), Cosmos (ATOM), and Tezos (XTZ).

Yes, the Nano ledger hardware wallet is compatible with Yoroi and Daedalus wallets and use it to stake Cardano.

Yes, as long as there are spendable ADA in your wallet, you can stake them in different pools to maximize rewards Investing in PayPal Bitcoin? Here Is What You Need To Know! 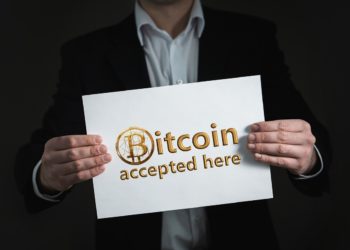 How to buy Bitcoin stock