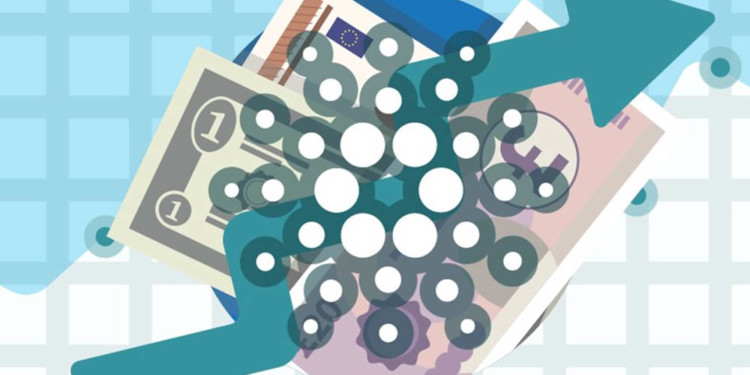 Cardano (ADA) has gained a lot of popularity in the crypto-world since its inception. Currently, the market cap price of ADA is over one billion dollars ($1.3b).

ADA trading volume is analyzed to be $183million, which indicates a 9.65% rise from the last month value of May 10th.

However, the monthly analysis shows that the price of ADA has depreciated about 40% against Bitcoin.

The Cardano has announced a number of new features in this sector and also some projects. Recently, a new virtual machine has been introduced by the Cardano which provide the customers to use dApps via Cardano blockchain.

Also, a feature of making easy transactions has been introduced, which is called as an infinito wallet, this will enhance the usage and adoption of Cardano.

ADA is striving to make collaborations with other firms to introduce new and innovative features to enable the people to use this coin widely.

The speculations regarding the Cardano to reach $0.55 can become a reality as the performance of ADA is remarkable on the price chart.

There are great fluctuations in the price of cryptocurrencies and nothing can be said for sure, as on 21st September 2018 the price of ADA was increased up to twelve percent (12%) but could not maintain that momentum for a long time. 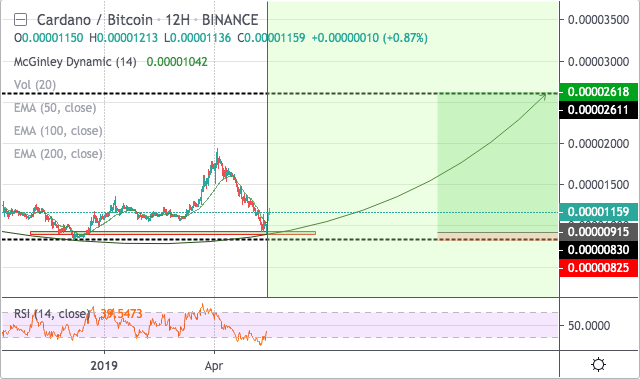 Recently, its value is approximately 4 times to that of 2017 values but still estimated to be 10 times lower than that o it highest value so far.

Thus, it is difficult to gauge the performance accurately owing to continuous fluctuations. The positive aspect of ADA is its scientific advancements and research that makes this currency reliable.

The Cardano is aiming to release Shelley that makes it more powerful and authentic currency as its security is at par with bitcoin.

The trading view has revealed that the market is bullish and surging for the ADA, and there are just two resistance levels 1350 and 1375-1400. The RSI has already crossed the 1350 level.

However, to speculate where the price will go next is a difficult question, some analysts estimated that the price of ADA would get double.

The experts have said that the resistance $0.070 can hamper the growth of the coin, but all the indicators, whether short, medium or long terms are showing clear signs of the surging trend for ADA.