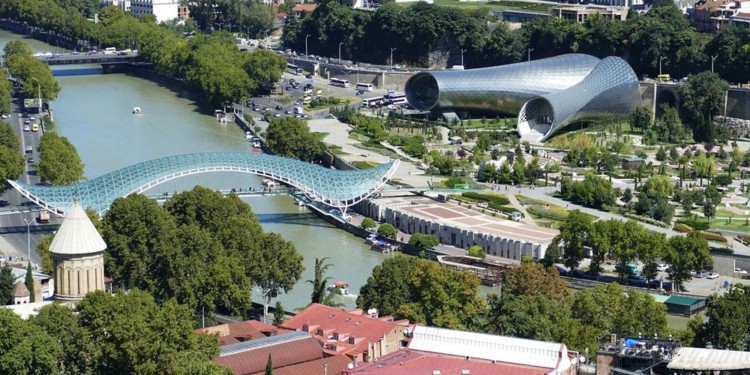 When it comes to embracing blockchain technology wholeheartedly, the lesser-known country like Georgia, with an interesting mix of Asia and Europe, comes right on top. After all, it boasts of affordable electricity rates, tax breaks, crypto-friendly regulations, and a manageable population of just four million to enforce nationwide blockchain implementation.

Naturally, when Charles Hoskinson, Cardano founder and blockchain specialist and Mamuka Bakhtadze, a well-known supporter of blockchain and cryptocurrency, met at the WEF on 21st January 2020, blockchain took center stage.

As per a recent tweet posted by Hoskinson confirming that he held productive discussions with top officials at WEF, one of which included the ex-PM of Georgia said that the country is keen on strengthening its focus on the emerging technology and commence an across-the-nation blockchain integration program for broader adoption of blockchain in its private and public sectors.

The concept aims to elevate the standard of education in the entire region through enterprise-grade adoption of blockchain across all universities, colleges, schools, and educational entities. The initiative plans to let blockchain get to the nitty-gritty of the education system across the country and enhance its standards to bring it on par with other European nations.

The tweet confirmed that Hoskinson discussed the blockchain enforcement program with the PM over dinner and that the latter seems interested to play an active role in it. Georgia sets a precedent for efficiently managed government by embracing futuristic technologies faster than any other country, the tweet said.

Bakhtadze, on the other hand, enthusiastically participated in all blockchain-related meetings and congratulated InputOutputHK, an industry leader in research and development of cryptography and distributed ledger systems, for streamlining the country’s otherwise convoluted education system through the new pilot program.

Commenting on his experience at the WEF, Bakhtadze tweeted that it was exciting to be a part of blockchain’s success journey so far and making Georgia one of the first countries to bring blockchain to public services through InputOutputHK.