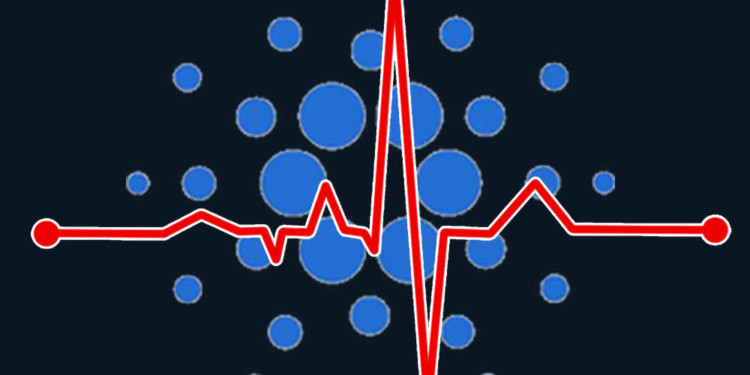 Cardano’s (ADA’s) price rose to one point three-five dollars ($1.35) in January 2018. However, the bulls ended there and the trend was ruled by bears ever since. The token’s price reached zero point zero nine-five dollars ($0.095) by August 2018.

Note that this price was the same as the price before the bulls started back in November 2017, and that is a statement in itself.

Nonetheless, the bears did not end and the price dropped all the way to zero points zero-three dollars ($0.03) in December 2018. Since then the price has steadily been rising to the previous support area of zero point zero nine-five dollars ($0.095) where it is expected to face resistance. 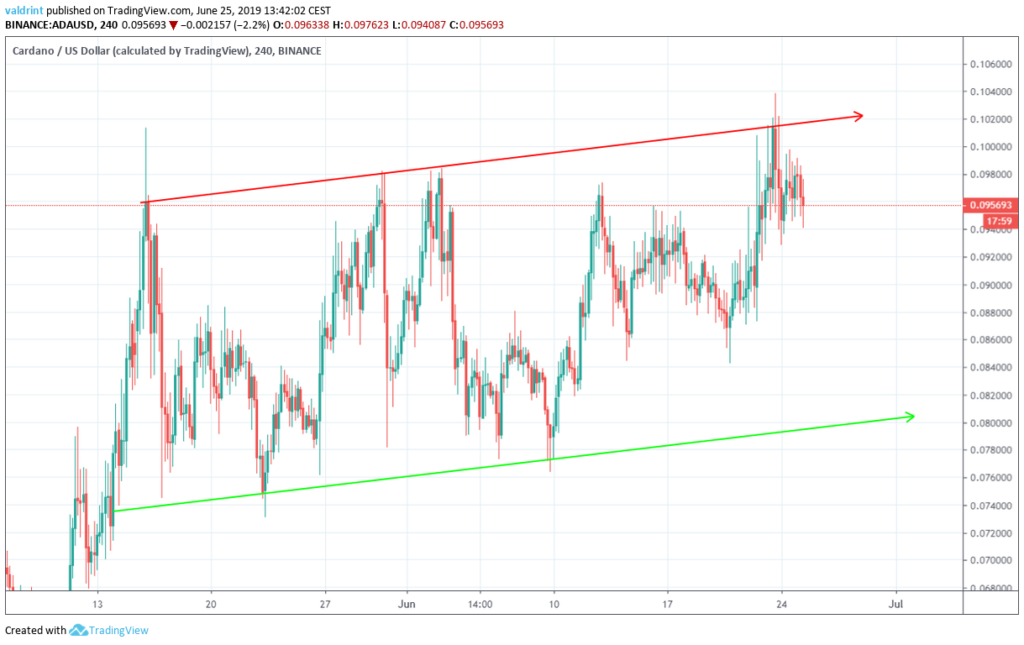 The token is expected to follow on bearish divergence according to the long-term relative strength index (RSI). The bearish divergence is mostly followed by a decrease in token price and it is predicted that ADA will have long term bears moving on.

Moreover, the price has not been able to maintain above or at zero-point one dollars ($0.1) mark despite it crossing the mark on April 3. 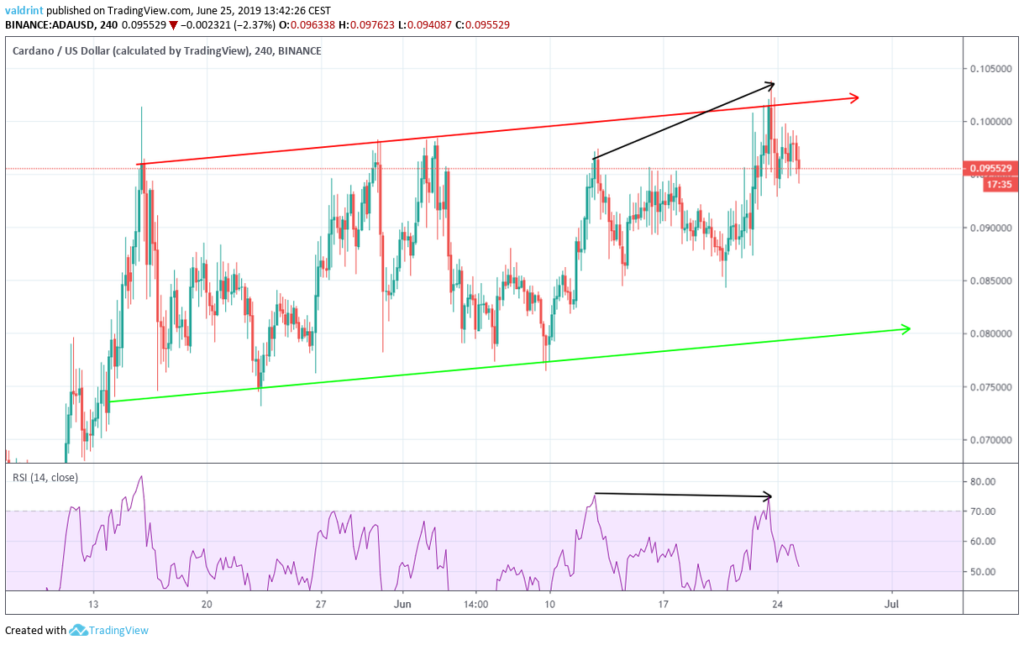 On a short time-frame, the price action has been moving in an ascending channel since May 13.

This makes it likely that the price will decrease further at a lower support line according to the token’s candlestick characteristics and support a price reversal. However, it is to be noted that the token’s price has been on a gradual increase since the start of 2019.