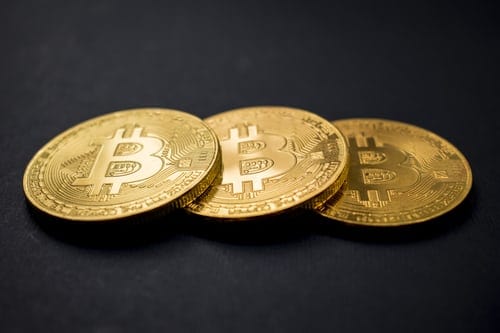 BTC Price has been comparatively quiet lately as a result of the heat of everything that’s been going on in the world and global markets. Even while the halving closes rapidly, the leading cryptocurrency has been maintaining slowly and gently in a slight upward trend throughout April. Yet, somehow, with several significant steps, it could be moving back into the spotlight.

Bitcoin has slowly narrowed the gap in the current market structure and is now making its first significant move to the peak of the latest retracement scale. This forecast was made from a 3-day chart to understand what’s happening.

Bitcoin only needs to go a bit further to break regional structure, while currently hitting the ‘golden pocket’ Fibonacci retracement zone around eight thousand USD. But, this has very much not happened yet, so there is no reason just however to revise our medium-term outlook.

We first see that price has nearly taken the significant support zone between seven thousand five hundred – eight thousand USD if we eventually move to the daily. The EMAs are now entirely bullish, with the least on the top and the biggest on the edges. The low volumes, in this case, may not be terrible, suggesting that such gains have been achieved without much focus.

According to the above chart, we see a distinctly bullish advancement on the RSI, although the histogram has been stolidly maintained on the positive side. The MACD estimates have now crossed and also point to what seems like a fresh expansion that could begin today. This is a bullish illustration.

Gradually, heading down to the 4-hour for a thorough glance, we see that there’s not much space left for Bitcoin to grow on the regional network. Bitcoin has been on this path for all of April and in some parts of March, and then we can anticipate opposition at the peak of it at eight thousand two hundred and fifty USD – even if just briefly.

The RSI here looks fantastic, displaying little bearish divergence at new heights. From this, we should predict at least the top channel to be struck. The histogram seems to have been back positive over the last few hours. Everything here appears up to eight thousand two hundred and fifty USD.

BTC Price is looking promising. We shall soon see if the hype is real.