Brazil expansion promises to be massive for Ripple in 2020 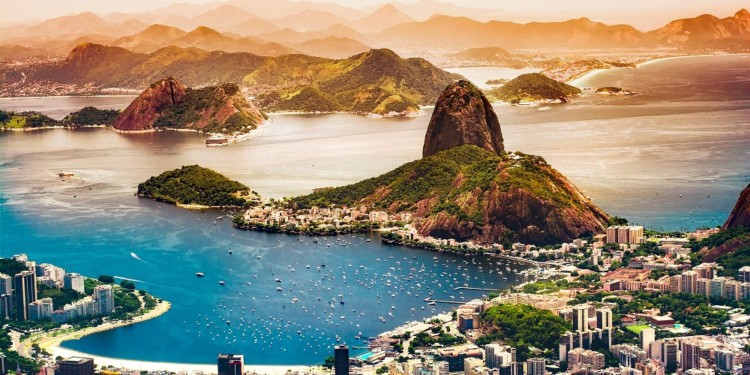 Brazil expansion is next among the plans of popular blockchain payment firm Ripple and this promises to be massive, according to reports.

The XRP firm which is already present and operational in the South American country plans to expand further in the country through partnerships with several Brazilian banks. The firm’s current focus is to coordinate with banks and regulators in the country to make remittances more efficient, Luiz Antonio Sacco, managing director of Ripple in South America, said in an interview.

Ripple, however, intends to expand beyond Brazil into other South American countries like Argentina, Peru, Chile, among others.

Brazil expansion through partnerships with banks

Ripple’s Brazil expansion began in July 2019, when the company opened its first office in the country. Since then, Sacco says, around 30% of the total transaction volume of RippleNet, which operates in 45 countries worldwide, has moved through the country.

The XRP firm started operations in Brazil by partnering with Santander, Bradesco, Rendimento and other banks in the country. According to reports, the company has set up an arrangement with institutions like Santander and many others.

According to Sacco, successive advances in Brazilian banking regulation to facilitate financial transactions, including international, opportunities will grow significantly in the coming years he said.

International money transfer in Brazil is processed by SWIFT, which is expensive and takes weeks.

Sacco explained that the demand for instant and cheap remittances will further multiply with the Brazil expansion. Besides, the country has very clear regulations for digital banking. He said that transfers via Ripple could cost up to 10% of the amounts charged by banks unlike the huge amount charged by SWIFT.

The British company quickly established itself in the country as one of the five largest providers for international payments. It focuses on making bank transfers more affordable than traditional banks by charging low and transparent transfer fees and converting money at the true mid-market exchange rate.

In December 2019 also, Ripple announced its success story in Series C funding where it got $200 million in funding.

Brad Garlinghouse, CEO of Ripple, said at the time that he expects the firm’s customer base to grow 30-40% and transaction volume to increase over 600% in 2020.

The year 2020 is looking to be an exciting year for XRP fans. 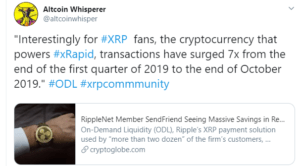