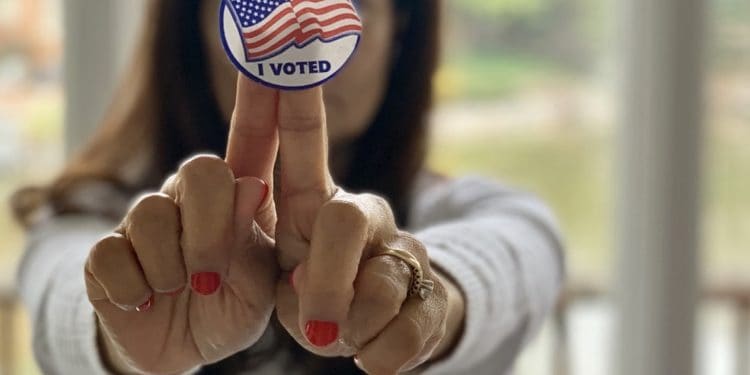 It looks like bad days are behind the blockchain-powered Voatz voting app. Voatz, the controversial blockchain-based voting app, was used in the Republican convention held in Utah on April 25. Despite its past sub-par performance, the Voatz voting app performed successfully at the GOP convention.

The UTGOP virtual convention is off to a strong start. So far, we have registered 2861 delegates on the VOATZ app which is 73% of our credentialed delegates!! 1747 of those delegates voted yesterday. Not bad for our first day of voting!

The Utah Republican convention was conducted to select party nominees for the upcoming June primaries. While conventions are usually conducted inside packed conventional halls or auditoriums, the COVID-19 pandemic forced both Democrats and Republicans to go online. Thus, the online voting mechanism featured a blockchain-based application called Voatz. Earlier, Voatz voting app came under criticism due to security issues.

Voatz chief executive officer Nimit Sawhney said that the app performed ‘successfully’ at all levels. In total, 93 percent of the registered delegate votes were processed. Derek Brown, the GOP chair of Utah, also praised Voatz, saying that the application was a success, and the overwhelming feedback has been positive. Despite the phenomenal turnout, Voatz performed well.

Brown further said that Voatz helped us create a digital convention featuring all the usual procedures that are part of any other traditional GOP convention. In fact, the digital GOP convention offered more convenience and security.

Voatz voting app employs a combination of blockchain technology, biometrics, and facial recognition. The app has undergone pilot testing at various political events, NGOs, and educational institutions. However, it has faced criticism due to underlying security flaws.

Our Full Report on the Voatz Mobile Voting Platform https://t.co/aSSi8GiD2o

Questions were raised about the platform’s security credentials after a public audit conducted by Trail of Bits. The security company analyzed Voatz and raised doubts about the app’s data security and a lack of transparency. It published a 122-page report detailing the lack of smart contracts in the application.

The report by Trail of Bits mentioned how user identity can be compromised due to data validation issues and manipulate the voting data by stealing user identity. A report by famous education institute MIT also expressed apprehensions about Voatz voting app. West Virginia rejected the app and instead chose Democracy Live. Interestingly, West Virginia was among the first state to use Voatz back in 2018.