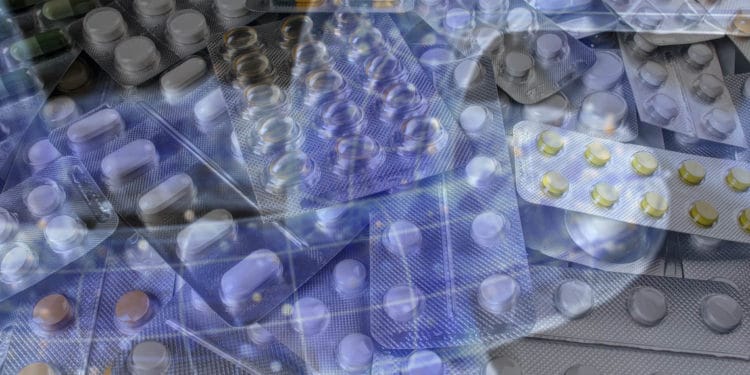 While the quest to create the vaccine for coronavirus continues, blockchain for medicine record keeping is taking root in the very issues COVID-19 has highlighted on a global scale.

The need for blockchain for medicine record-keeping is rising from the latest twist in this episode of chaos. The anti-malaria drug, Hydroxychloroquine, which was deemed suitable for the treatment of coronavirus, for now, is now surrounded by scandal.

Blockchain for Medicine: The Hydroxychloroquine Scandal

The scandal has reportedly created excessive distractions around the politically-divisive drug, as according to the scientists. The question of credibility whirls around the small health care company, which is at the center of this whole affair.

On Thursday, the majority of the authors of the major studies that appeared in The Lancet and The New England Journal of Medicine withdrew their work and issued their apologies stating that they now cannot vouch for their data after Surgisphere, the company that supplied it declined to be audited. A company that did not employe any decentralized blockchain for medicine record keeping.

If it was some other time, the whole academia would have been led to hand wringing, however; right now, the matters are becoming worse as the world grapples with COVID-19, and about 400,000 lives have been claimed by this novel coronavirus, at press time.

It is noteworthy that the paper in The Lancet claimed that it had analyzed the record of 96,032 patients that were admitted to 671 hospitals in 6 continents, the findings were rather disturbing: Hydroxychloroquine showed no signs of benefit for the coronavirus patients rather it increased the risk of death.

US President Donald Trump and Brazilian President Jair Bolsonaro were the most prominent backers of this decade-old anti-malaria drug.

A professor of Emergency Medicine at John Hopkins University, Gabe Kelen, in this regard stated that this is immensely politicized, as there exists a group that tends to defy science and scientists, and this resultantly feeds into that very narrative.

Regardless of the event of The Lancet paper withdrawal from the authors, there was evidence building up against the use of Hydroxychloroquine against coronavirus.

The Lancet is one of the world’s most trusted medical journals; it first published in 1823. Due to this trust, the paper related to the use of Hydroxychloroquine had a huge impact; however, now the clinical trials in the World Health Organization, Britain, and France have been suspended.

The Lancet and The New England Journal of Medicine, which published the paper on blood thinners elevating the risk of coronavirus, had relied on the same company, have issued their expression of concern prior to the authors withdrawing their papers.

The company Surgisphere founded back in 2007 by Sapan Desai, a vascular surgeon, when refused to share the third-party reviewers stating that this would violate the privacy agreement with the hospital suspicions arose. So, when ‘The Scientist,’ a science news site reached out to the hospitals all around the US to inquire whether they had participated, it was found that none of the hospitals as part of it.

Furthermore, the internet profile of the Surgisphere also raised several questions. Only a bunch of employees were to be found on the LinkedIn, most of them have now deactivated their accounts. As for Desai, according to the records of the court, he had three outstanding medical malpractice lawsuits against him.

Blockchain for medicine: the Solution

COVID-19 has been subjected to controversies right from the start, may that be between the United States of America and China or the documentary film that “exposes” the whole idea as a huge conspiracy, where a “debunked” scientist Judy Mikovits has been presenting her case with absolute rigor, however, without direct evidence.

Those who watched the film would know that the filmmaker may or may not have exaggerated the facts about Judy, the whole saga left a huge question mark on the credibility of our data system. Who is Judy accusing? The authorities! From Edward Snowden to Julian Assange, those who followed whistleblowers may already believe her. There is enough logical data to believe either side and blockchain for medicine seems to be the right solution.

On the other hand, blockchain for medicine record keeping is a relatively new science that can actually provide some relief to the authorities. Blockchain for medicine is, in itself, the simplest of the ingenious solution of realtime data from patients and doctors alike. Bringing that data together authorities and the World Health Organization (WHO) can bring some real credibility to their claims in cases such as the current scenario.