Blockchain for governance of stimulus proposed at Capitol Hill 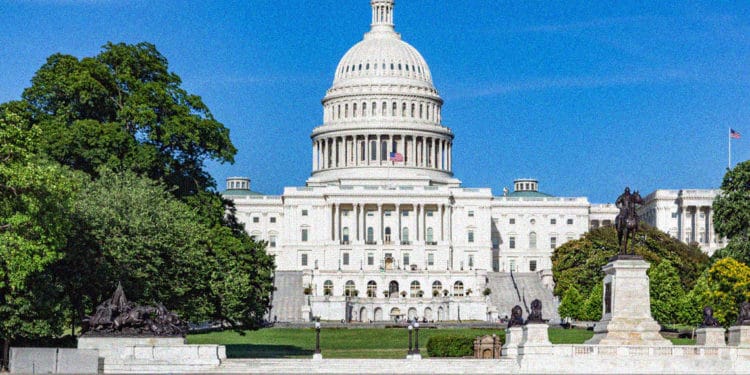 While the government of the United States of America is considering a possible second round of stimulus for coronavirus blockchain for governance, use has been proposed at a high-level meeting at Capitol Hill.

Reportedly, the Internal Revenue Service (IRS) is giving away the $160 million stimulus payments through conventional bank cheques, direct deposits, and prepaid cards; the need for blockchain for governance of the same was raised.

The Congressional Financial Technology Task Force discussed the possibility of using the latest technological advents for the FedAccounts and how different tools, including blockchain technology, can improve the federal systems.

Coronavirus Stimulus and blockchain for governance

The problems in the current system were raised during the virtual meeting held on the 11th of June, 2020. Chairperson of the task force and Congressman Stephen Lynch explained that the current system IRS adopted is reporting problems. Some of these problems were already known as they have been long-standing in the banking system.

While the co-chairperson of the Congressional Blockchain committee Congressman Tom Emmer was of the view that the dollar is changing and so is the world that would push hard cash out of the equation sooner or later, therefore, use of cryptocurrency and digital currencies must be utilized.

Emmer backed his argument with the Chinese Digital Yuan, proposing a digital dollar system for the United States that would serve as the “new intermediary.”

Similarly, Congressman David Scott is also of the view that the new technology – blockchain for governance and digital currencies – should be put to use to provide relief to American consumers.

So far, the creation of the Digital dollar or blockchain for governance has not taken precedence in the US economy; however, the possibility is not far out either.